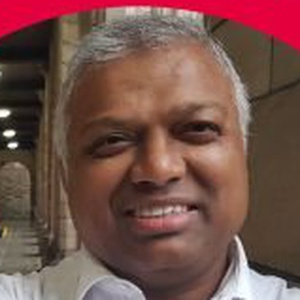 Nurul Hoque Ali was the Labour Party candidate in Aberdeen North in the UK Parliament elections . They got 4,939 votes. Our volunteers have been adding information on Nurul Hoque Ali - here's everything we know so far!

Facebook
https://www.facebook.com/NurulForNorth/
The party's candidate page for this person
https://vote.labour.org.uk/nurul-ali
We don't know Nurul Hoque Ali's email address. Can you add it?

I am 51 years old, married with a wonderful wife and three very lovely daughters, who are all at University. I was the first in my family to go to University - no easy feat, as the immigrant son of an immigrant.

I have worked in the Oil & Gas Business for almost 30 years, and myself and my wife have raised our family right here in Aberdeen.

Previously, I have been a Labour Councillor for the London Borough of Newham from 1998 until 2002. During this time, I achieved the position of Deputy Chair for Regeneration.

Within the Education Committee, I was a lead member with special responsibilities too. Within the Labour Group, I was the assistant secretary and a deputy whip.
As a management committee member of the Newham Citizen’s Advice Bureau (CAB), I served during a time when several CABs were being merged and had to deal with a number of difficult financial and personnel issues, including reduced budgets and re-advertising of positions.

I was a member of the ‘Forest Gate Single Regeneration Board (FG SRB)’. The FG SRB had £52 million to Forest Gate.

The biggest challenged faced by the world today is still poverty. It cannot be eradicated by providing people with just buildings and structures - but needs to be addressed through education, and better distribution of opportunity and wealth.

Closer to home, within Aberdeen, I was a member of a Community Council for several years, where I took an active interest in Core Paths and Environmental issues.

Aberdeen and what it needs

The word on everyone’s lips at the minute is, sadly, Brexit.

Aberdeen is set to be the hardest hit city anywhere in the UK in any Brexit Scenario. I don’t believe that Brexit will benefit the citizens of this city. Thus, I would campaign to Remain in the European Union in the event of a confirmatory referendum.

Additionally, I would oppose any Brexit deal which allowed the Scottish Nationalists to impose another independence referendum before the next Holyrood elections.

Aberdeen needs a strong and clear vision to continue the regeneration infrastructure projects that it has. The educational standards are good in some area and need help in others.

Health, like across our country, is delivered by excellent professionals - but we need more investment to ensure better services.

That’s why I back plans for £70billion worth of investment in Scotland under the next Labour Government, providing a funding boost for Scotland’s NHS, schools and other vital services.

Looking at our age demographics, improved Social Care needs to be developed. Though this is a relatively well-off town there are poor areas that need support.

I will work tirelessly for better funding of public services, including increasing education standards, access to medical services and much better social care (for our older community who have worked hard all their lives only to find out they have to sell everything).

Additionally, I support Labour plans to save free tv-licences for over 240,000 over-75’s in Scotland under the next Labour Government.

Like many workers in the oil and gas sector, I was made redundant and I know all too well the mental stress this can put people under.

As your Labour candidate for Aberdeen North, I believe we need to protect people from bad employers by working with our Trade Union colleagues and develop better re-training schemes.

I don't want oil workers to have the same fate as coal miners did with their skills being wasted, many left unemployed and whole communities devastated.

The jobs in 20 years time will be very different from those we have today. Aberdeen with its unique skills base in Energy can continue to be a hub for Labour’s Green Industrial Revolution and the 'Energy Worker of the Future'.

I support Labour plans to introduce new green jobs in Scotland, and look forward to championing Aberdeen as the new international hub for renewable energy, engineering, production and investment.

I hope you can lend me your vote on December 12th. If you have any questions, please do not hesitate to contact me at NurulForNorth@outlook.com.

This statement was added by Nurul Hoque Ali, their team, or by a Democracy Club volunteer, based on information published by the candidate elsewhere.