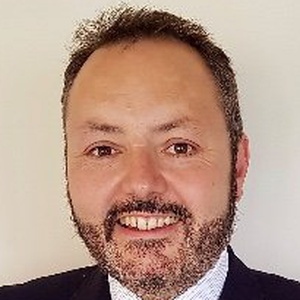 Chris Fewtrell was the Liberal Democrats candidate in South Staffordshire in the UK Parliament elections. Our volunteers have been adding information on Chris Fewtrell - here's everything we know so far!

I am a writer and former journalist who has lived in South Staffordshire for the past seventeen years. I am greatly concerned by the threat Brexit poses to my community, in terms of people’s jobs, livelihoods and public services. I am also alarmed by the divisions that have opened up in our society, along the Brexit fault line. In whatever way the question of our EU membership is resolved, the country must heal and move forward together in the years ahead, as we get to grips with the issues voters really want their politicians to address.

1) Stopping Brexit and invest the £50 billion Remain Bonus in our shattered public services.

2) Addressing the Climate Emergency by investing £100 billion in renewable energy sources, energy conservation and transforming the way we all live to help us meet our DELIVERABLE target of zero CO2 emissions by 2045 - in line with Friends of the Earth and WWF targets.

3) Creating a £100 billion infrastructure fund for schools, hospitals, roads, housing and the like.

4) Taking politics out of the NHS and Social Care by creating an all party forum, including professional bodies and patient groups to develop a long term strategy for meeting the needs of our growing, ageing population. An independent body like the OBR will be created which will determine funding levels according to the needs of patients, not politicians looking to win an election.

5) Fighting the street crime epidemic by investing £500 million for youth services, and supporting community policing. Knife crime in Staffordshire has risen by 93 per cent since 2010/11, and by 80 per cent nationwide.

6) Restoring honesty to our politics. I think the government’s behaviour in recent months has been utterly disgraceful and plumbed depths of dishonesty I never believed I would see in our public life. The British people deserve so much better.

This statement was added by Chris Fewtrell, their team, or by a Democracy Club volunteer, based on information published by the candidate elsewhere.

If you can add information that should be on this page - such as Chris Fewtrell's CV, homepage - please use our crowdsourcing website to add it.