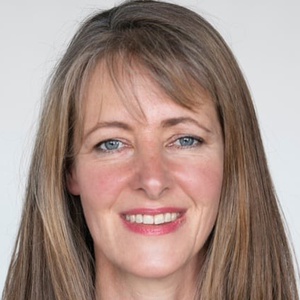 Helen Formby was the The Brexit Party candidate in Oldham West and Royton in the UK Parliament elections. Our volunteers have been adding information on Helen Formby - here's everything we know so far!

Helen has lived all her 49 years in Lancashire and currently lives in Bolton, which is another old mill town that like Oldham that has suffered much underinvestment and decline over the decades. Helen is not a professional politician but became interested in politics following the 2016 referendum and the subsequent refusal of our elected representatives to carry out the democratic wishes of 17.4 million people who voted to leave.

As a businesswoman, she has a lot of “real world” experience, running the family bookbinding business in Ramsbottom, repairing antique books.

She said “I’m standing as a candidate for the Brexit Party because I have a strong belief in democracy and I want the UK to be a sovereign country, in control of it’s own borders, laws and money. We are a great nation, with a huge potential to succeed and excel around the world. Democracy has been betrayed and needs defending.

I want to ensure that the peoples voices of Oldham West & Royton are heard loud and clearly in Westminster. Oldham West & Royton voted 61.31% to leave in the referendum, and 3 1/2 years later we still haven’t left. I want their opinions to be respected and their concerns properly addressed. British politics is broken and people no longer trust their politicians. I want to change politics for good and bring back power to the people. Politicians need reminding that they were elected to represent their constituents, something that has been forgotten in recent times”.

She goes on to say, “ My local priorities are to make Oldham safer, improve policing and access to healthcare. Building on greenbelt land needs to stop whilst we still have lots of brown field sites to build on. We need to regenerate our town centres and high streets, and encourage investment into infrastructure. This will help to grow the local economy and improve job prospects.

The residents of Oldham West & Royton deserve better than what labour has given them over the years”.

Brexit Party MEP for the North West, Claire Fox said; “I’m thrilled Helen Formby has been selected as the PPC for Oldham West and Royton. Helen’s combination of strong democratic principles and success in business make her a formidable choice to represent constituents’ interests and to ensure people’s concerns are addressed across Oldham West and Royton."

This statement was added by Helen Formby, their team, or by a Democracy Club volunteer, based on information published by the candidate elsewhere.

You can meet candidates and question them at local hustings. Here are hustings where Helen Formby may be appearing.

If you can add information that should be on this page - such as Helen Formby's CV, homepage - please use our crowdsourcing website to add it.