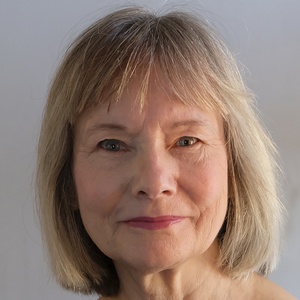 Kathryn Gilbert was the Green Party candidate in Wolverhampton South East in the UK Parliament elections . They got 521 votes. Our volunteers have been adding information on Kathryn Gilbert - here's everything we know so far!

I'm not a professional politician, but someone who believes passionately that everyone deserves a good quality of life, regardless of background or income. The inequalities and injustices imposed on British people through austerity make me mad.

Wolverhampton has suffered more than most cities, and this in itself is an injustice. The people of Wolverhampton South East deserve better.

Recently I am more and more concerned about climate change and the way that we have been laying waste to the environment. Quality of life is in peril for everyone. We can no longer assume that future generations will live better than we do. We can no longer take for granted our precious NHS. We need to work hard to improve housing standards, especially for the poorest in our society. We need to act now on transport, food production and energy to avoid a catastrophe of unimaginable proportions. We have to change everything - and we have to start now. One of the first things on the list is to reform our broken political system by introducing Proportional Representation.

All this has prompted me to come forward to stand as a Green Party candidate.

The Green Party has a marvelous manifesto that holds the key to dealing with climate change by transforming the economy with a Green New Deal. This will create hundreds of thousands of brand new jobs in industry - jobs which must and will come to Wolverhampton. We have the skills. Now let's show we have the will!

One of my Green Party colleagues said the other day "Wolverhampton has loads of heart." It is full of warm, welcoming and friendly people. I've been living in Wolverhampton for over 40 years, apart from a few years when I was living and working in Italy. I worked for Wolverhampton and Walsall local authorities, and became a teacher of management at University of Wolverhampton. I am married to Keith, who is a sculptor and ex-headteacher, and we live near West Park. We have two grown-up children and four grandchildren.

This statement was added by Kathryn Gilbert, their team, or by a Democracy Club volunteer, based on information published by the candidate elsewhere.

If you can add information that should be on this page - such as Kathryn Gilbert's CV, homepage - please use our crowdsourcing website to add it.