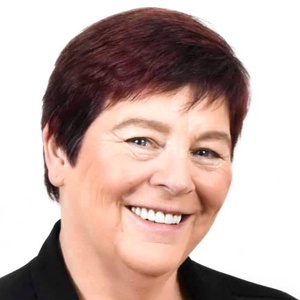 Wendy Bailey was an independent candidate in Doncaster North in the UK Parliament elections . They got 188 votes. Our volunteers have been adding information on Wendy Bailey - here's everything we know so far!

Wendy Bailey, 63, is a compassionate and determined grandmother from Mexborough. She plans to draw on her knowledge of - and passion for - her local community, a lifetime of relevant experience, and her mettle as a campaigner as she runs for the Doncaster North seat as an Independent candidate.

A Yorkshirewoman born and bred, for the last 32 years Wendy has lived and worked in Mexborough. She spent her early career in sewing factories, but after receiving formal training from a tailor on how to professionally alter clothes she went into business doing exactly that.

Trading from the local market, when the authorities wanted to increase business rates by 500%, she formed a committee with her fellow traders. Their lobbying and persistence lasted for more than two years, but they won their case and had their legal costs returned. The experience showed Wendy that changes can happen when people are willing to fight for them.

Concerned by a plethora of issues at local level and frustrated by the mistakes made by the government nationally, Wendy decided to stand to be an MP for her constituency. She chose to stand as an independent, as she felt that the larger parties often get bogged down by only one or two issues. Wendy is one of the WASPI women and she has experienced a number of prevalent issues from both sides of the fence – a position she feels gives her a different viewpoint than the left-wing and right-wing options also running for local office.

Wendy Bailey: a breath of fresh air in what has become a stale environment in recent years, under Labour.

This statement was added by Wendy Bailey, their team, or by a Democracy Club volunteer, based on information published by the candidate elsewhere.

If you can add information that should be on this page - such as Wendy Bailey's CV, email, twitter account - please use our crowdsourcing website to add it.