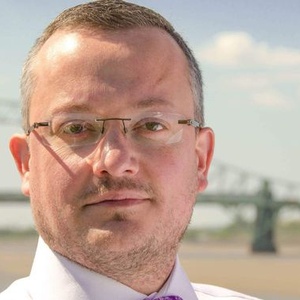 Victor Turton was the Socialist Labour Party candidate in Appleton in the Halton local election. Our volunteers have been adding information on Victor Turton - here's everything we know so far!

Mr Turton, from Widnes, is standing for the second General Election in a row as an Independent, after last being a candidate in 2015.

He said the country needs the House Of Commons to generate a ‘strong economy’ with a new style of economics to accomplish a range of goals.

These include saving the NHS using public investment rather than private, having a ‘solid and smooth’ Brexit process, and developing ‘local and regional’ employment and infrastructure to provide a gateway for innovation, entrepreneurship and well paid jobs.

He said: “I’m offering the political will to do these things, all I need is the public demand and support.

“As an Independent I stand for all the people in Halton, not a political party. I’ll stand and listen to anyone.

“Residents don’t seek Conservative, Labour, Lib Dem nor UKIP answers – we seek the right answers for all residents in Halton.

“It’s simply wrong to stand for a political party with no aim or goals laid out. Most only lay false promises and fail to deliver. It’s time to move on from that now.

“I’m offering change for Halton. A new lease of life. No plodding on. A new modern approach to an old formula.

“Those who look only to the past or the present are certain to miss the future.”

Mr Turton added that although voters may draw parallels with his pledges with some Labour and Conservative ideas, he believes he has a different approach to the two parties to achieve the same goals.

This statement was added by Victor Turton, their team, or by a Democracy Club volunteer, based on information published by the candidate elsewhere.