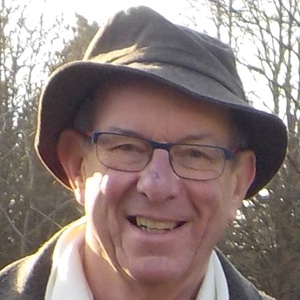 William John Tobin was an independent candidate in Uxbridge and South Ruislip in the UK Parliament elections . They got 5 votes. Our volunteers have been adding information on William John Tobin - here's everything we know so far!

I am standing in the Prime Minister's electorate to highlight the unfair nature of UK elections and referendums.

3 million Brits living overseas – in my case, France – are barred from voting in General Elections and the 2016 Brexit referendum because we have been abroad ‘too long’. The Conservatives promised to fix this injustice in their 2015 & 2017 Manifestos, but let us down. Many of us who live in the EU, or planned to, are having our lives churned up by a Brexit decision in which we had no say.

2½ million foreign nationals permanently resident in the UK are unable to vote. Like everyone, they pay VAT and other taxes. Taxation without Representation lost Britain its American colonies!

Though I can't vote, electoral law allows me to stand, so I am standing in the Prime Minister’s constituency to highlight the unfairness concerning who can vote.

We unrepresented people have vital interests in Brexit & the UK’s future. Elections and referendums without us just aren’t legitimate. Like the suffragettes before us, we deserve a say in our own lives.

►Don’t vote for me. Press other candidates to pledge to right this wrong.

►Cherish your vote. When you cast it on December 12, think of us 7 million people without a voice, and of our future.

This statement was added by William John Tobin, their team, or by a Democracy Club volunteer, based on information published by the candidate elsewhere.

You can meet candidates and question them at local hustings. Here are hustings where William John Tobin may be appearing.

If you can add information that should be on this page - such as William John Tobin's CV, homepage - please use our crowdsourcing website to add it.