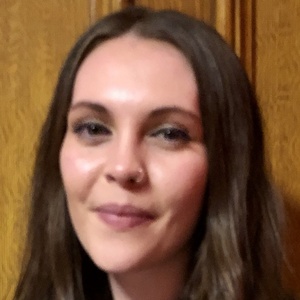 Helena Bongard was the Liberal Democrats candidate in Ayr, Carrick and Cumnock in the UK Parliament elections. Our volunteers have been adding information on Helena Bongard - here's everything we know so far!

We don't know Helena Bongard's email address. Can you add it?

Helena grew up in Essex and Paris where she had the opportunity to study at international schools. This meant that from an early age, she understood the value of studying languages and developed a knowledge and appreciation of other cultures.

She graduated from the University of Edinburgh with a first class honours MA in History, and took the opportunity of doing voluntary work during her studies. This included roles as varied as working with disabled children in Moldova for the charity SKIP, later becoming the fundraising officer. Helena was also involved with the Edinburgh University academic journal, Leviathan, which focuses on Politics and International Relations, becoming both outreach coordinator and fundraising officer. She has also worked teaching English to Chinese students.

After an internship with Alex Cole-Hamilton MSP, Helena has taken up the roles of Parliamentary Researcher and Communications Officer.  Helena says:

“Brexit is the most important issue facing the country. My international experience and roles in parliament have shown me that it is all too easy to take for granted the benefits of the European Union.  These include the opportunity for young people to study and work abroad in 27 other countries, as well as “roaming” for holiday makers’ mobile phones. And let’s not forget 70 years’ peace.

“My international commitment has made me a passionate believer that the Scotland is stronger as part of the EU, and as a central part of the United Kingdom. I want to stop the division and constitutional chaos so that we can get back to tackling local issues, such as mental health services, neglected roads, and the disgraceful Station Hotel in Ayr.”

You can read more about the Scottish Liberal Democrat plans for Scotland here: http://www.scotlibdems.org.uk/manifesto

This statement was added by Helena Bongard, their team, or by a Democracy Club volunteer, based on information published by the candidate elsewhere.

If you can add information that should be on this page - such as Helena Bongard's CV, email, homepage - please use our crowdsourcing website to add it.