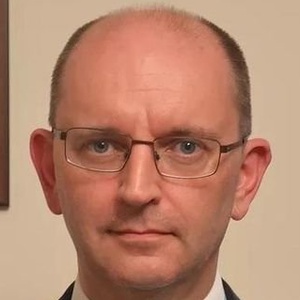 Martin Potter was an independent candidate in Worcester in the UK Parliament elections . They got 584 votes. Our volunteers have been adding information on Martin Potter - here's everything we know so far!

This general election is about Brexit - finally delivering Brexit to ensure we can move on and put uncertainty behind us. Boris Johnson’s withdrawal agreement is far from perfect – I support a clean-break Brexit. My candidature for the Brexit Party in Worcester was withdrawn on the understanding that his government would negotiate a Canada-style free trade agreement with the EU and, if not achieved by Dec 2020, there would then be no extension of the transition period. However, I have still not seen an Undertaking from Robin Walker that he supports these policies.

I have no wish to be a career politician, but someone needs to stand up for the 54% of Worcester who voted leave in the 2016 referendum, and who wish to be represented by someone who actually believes in Brexit. If elected, I will resign this seat, once Britain has left the Customs Union and the Single Market of the EU, and once we have restored full sovereignty to Britain. Only by doing this can we set trade policies to suit the interests of this country, reverse the haemorrhaging of manufacturing jobs, reduce food, clothing prices and restore our fishing grounds. Free from the EU, we can move on to sign and implement new trade deals with our 10 priority partners.

If elected, I will steadfastly support the interests of Worcester and its people:

• Additional capacity for Worcester Royal Hospital; restoring Doctor-Patient ratios to 2009 levels and reducing the post-code lottery within the NHS
• Additional social housing along with a transparent points-based system for its allocation
• Ending business rates for most high street retailers (replacing with a web-based sales tax)
• New apprenticeship schemes to revitalise trades
• Abolition of interest on student debt and re-balancing tuition fees to incentivise the training/study in areas the nation needs
• Points-based immigration to cover short-term skills shortages
• Restricting immigration to prior year levels of emigration – as a huge net importer of food and energy, the population growth of this country is not sustainable
• Re-opening railway stations in Henwick, Boughton and Rushwick to help alleviate traffic flows across the river in Worcester
• Aligning Worcester to the Sustainable Cities Initiative (eg using clean powered urban buses)
• Taking responsibility - banning the export of landfill and recyclable waste and creating national standards for local council recycling
• Streamlining the undemocratic House of Lords and cutting the pay and benefits culture of politicians at all levels

At £1.8 trillion, our national debt has escalated from 34% to 85% of GDP since 2001. We are in the premier league of countries for debt per head of population. Labour’s proposals require an eye-watering £0.6 trillion+ of additional debt, taking us to levels last seen in the 1960s when we were still paying off war loans. Conservative plans also add significant debt. This debt will have to be paid off by future generations, but unlike the cost of a war fighting and triumphing against fascism, our descendants won’t forgive us for this self-indulgence. It is always easy to spend somebody else’s money – but loading debt on future generations is immoral. I will not support spending pledges that we cannot afford.

This statement was added by Martin Potter, their team, or by a Democracy Club volunteer, based on information published by the candidate elsewhere.

If you can add information that should be on this page - such as Martin Potter's CV, twitter account - please use our crowdsourcing website to add it.