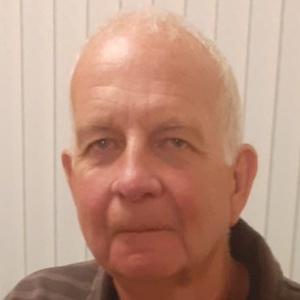 John Wolstenholme was the The Brexit Party candidate in North West Durham in the UK Parliament elections . They got 3,193 votes. Our volunteers have been adding information on John Wolstenholme - here's everything we know so far!

John’s family are from Teesside. They worked on the railways, in shipbuilding and at ICI. He was born in the West Midlands but has lived all over the UK, returning to the North-East thirty years ago. John obtained a First Class Honours degree in Bacteriology and a PhD in Microbiology, both from Birmingham University. At University, he actively campaigned against apartheid in South Africa and white-only rule in Rhodesia. He then joined the NHS as a Human Geneticist, eventually becoming Head of a large Regional Diagnostic Laboratory in Newcastle for over 20 years. He was an Honorary Lecturer at Newcastle University and is a Fellow of the Royal College of Pathologists. He has lectured around the world and was an editor of an International Scientific Journal. Now retired, he is Chairman of a local Community Centre, a Voluntary Country side Ranger and works with other local Community organisations as time permits. He lives in Framwellgate Moor and previously lived in Rowlands Gill. He has two sons and three grandchildren, all who live in the North-East. When he has spare time, John enjoys walking, gardening, cooking, rock and blues music, real ale and woodwork. He has a parallel life in circus skills, and performed part-time for 10 years as ‘Dr John’, one of Hot Stuff Jugglers.

I joined the Brexit Party because I was disgusted with the way that Parliament was ignoring the decision of the electorate to leave the EU. This has broken the fundamental system of democracy in this country, with many politicians, the media, the judiciary, and the wealthy and influential, thinking that they need to protect ignorant leave voters from the consequences of their stupid actions. Leave voters are neither ignorant nor stupid, we know what we voted for. British politics needs to change for the better.
The EU started as a free trade organisation. It has become an expensive, undemocratic, protectionist club, dominated by Germany and France. It is heading uncontrollably towards closer and closer political and economic union. We should return to a simpler free trade relationship with our nearest neighbours, collaborating on areas of mutual benefit, protecting citizen’s rights, and trading with the rest of the world. A clean break Brexit is the quickest way to achieve this.
The North-East has a great future outside of the EU. We need to ensure that promised investment actually happens and that it then continues. This investment needs to reach all areas of the North-East, not just the big cities. County Durham still has many problems arising from the decline of traditional industries and under-investment, and these need addressing. As part of this, local MPs have to shout the praises of their constituencies from the rooftops. Unfortunately, all you hear from most of them is political point-scoring about cuts, job losses, deprivation, food banks, failing hospitals and failing schools. This negativity is unlikely to attract the very investment they claim to want, and they need to be removed from Westminster.
In North-West Durham, 55% of people voted to leave the EU. This vote has simply been ignored by our MP. If elected, I will take this and any other democratically expressed views of the voters of North-West Durham to Westminster, and with the help of like-minded people, I will make them heard.

This statement was added by John Wolstenholme, their team, or by a Democracy Club volunteer, based on information published by the candidate elsewhere.

If you can add information that should be on this page - such as John Wolstenholme's CV - please use our crowdsourcing website to add it.