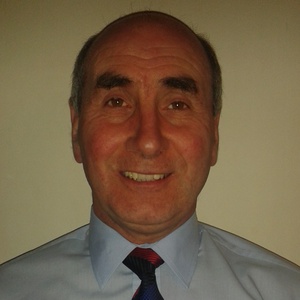 Neil Wilson is the UK Independence Party (UKIP) candidate in Central Scotland in the Scottish Parliament elections (Regions). Our volunteers have been adding information on Neil Wilson - here's everything we know so far!

My name is Neil Wilson aged 56. I was born and bred in Motherwell, Lanarkshire. I've been married to my wife, Josephine for 26 years and have 3 boys.

I joined HM Forces when I was 17 and served 7 years in the Army, then went into the Transport Business and have been in transport for the past 31 years.

The reason I joined UKIP 7 years ago was because I was tired of the old gang of politicians and their failed policies and broken promises. I saw that UKIP is the only party that is telling the working people how it is.

Neil has previously stood for UKIP at all levels of elections.

The people of Fortissat have a clear choice on 19th November – to vote for the usual suspects saying the same thing and delivering very little OR vote for UKIP who promise to:

Reduce salaries of top cat council officials – in 2019 North Lanarkshire council had 28 employees earning over £100,000 which would...

Think before you vote – UKIP is a party with ordinary common sense policies who offer no lies, no Broken promises, and NO more Indyref 2/3/4/5...

UKIP truly believes that Britain can be great again and unequivocally supports the Union of Great Britain and the sovereignty of Westminster.

This statement was added by Neil Wilson, their team, or by a Democracy Club volunteer, based on information published by the candidate elsewhere.

If you can add information that should be on this page - such as Neil Wilson's CV, twitter account - please use our crowdsourcing website to add it.