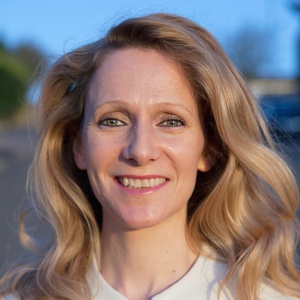 Vanessa Hudson was the Animal Welfare Party candidate in the constituency of Bethnal Green and Bow in the UK Parliament elections . They got 439 votes. Our volunteers have been adding information on Vanessa Hudson - here's everything we know so far!

AWP is part of an international network of political parties working to create a fairer
society in which the needs of people, animals and the environment are balanced.
Take this opportunity to demonstrate that the UK can be a world leader in animal welfare and environmental protection.

An International Movement for Animal Welfare

Animal Welfare Party is modelled on the highly successful Dutch ‘Party for the Animals’ (PvdD) who have over 50 elected representatives including five MPs, two senators and one MEP. We’re now part of a world-wide movement of over 18 political parties for animals that takes in Australia, Asia, Europe, Canada and the US. Along with the Netherlands, our sister parties in Germany, Portugal and Australia have already been successful in returning dedicated representatives for animals to their decision-making bodies and we know that the same is possible for the UK. Will you help us?

-Increase penalties for those convicted of animal abuse.
-End the badger cull and oppose any repeal of the fox hunting ban.
-Strengthen companion animal welfare with an end to breed specific legislation, the sale of animals online and in retail stores and the exotic pet trade.
-Phase out farming practices and systems with poor welfare consequences for animals.
-Improve human health, save NHS funds, protect the environment and global food security by promoting healthy plant-based diets.
-Phase out animal experimentation with binding targets for reduction combined with proper funding & real support for alternatives.
-Introduce independently monitored CCTV for all slaughterhouses.
-End live animal export and all slaughter without prior stunning.

To find out more about our policies, visit: animalwelfareparty.org/vision

This statement was added by Vanessa Hudson, their team, or by a Democracy Club volunteer, based on information published by the candidate elsewhere.

We know of about £1,584 spent by Vanessa Hudson or their associated pages on Facebook Adverts

If you can add information that should be on this page - such as Vanessa Hudson's CV - please use our crowdsourcing website to add it.

If you've received election leaflets from Vanessa Hudson, please take a photo of them and upload them to ElectionLeaflets.org