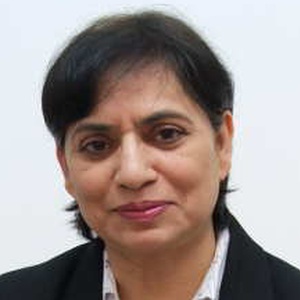 Anita Prabhakar was the Liberal Democrats candidate in the constituency of Gedling in the UK Parliament elections . They got 2,279 votes. Our volunteers have been adding information on Anita Prabhakar - here's everything we know so far!

The party's candidate page for this person
https://eastmidslibdems.org.uk/en/contact/anita-prabhakar
Email
anitaprabh2008@yahoo.co.uk

Anita is a qualified solicitor with two Master’s degrees, in Constitutional law from Bangalore Law College, India and, in corporate law from Nottingham Trent University.

She has worked in several different areas and has huge experience in all aspects of life. She was the Liberal Democrat’s parliamentary Candidate in Leicester South, in the 2015 general elections.

Anita has two grown up children, a boy, and a girl, who have followed their father’s profession and are Engineering graduates of Loughborough and Leicester universities and working with MNC’s.

Anita personally, believes that a good education is the backbone of every society and it is one of the basic rights of for everybody. Every child in our society matters, they deserve the very best education possible and post 18 they need to have either further education or a high-quality apprenticeship so they can flourish to the best of their ability. It’s the duty of every government to provide this.

Anita is passionate about human rights and women’s issues like inequality and domestic violence. She thinks we need to tackle Labours crippling PFI system that has left our hospitals with millions of pounds of debit to pay before they spend money treating the sick.

Mansfield like everywhere else is desperately short of affordable housing everyone should have their own place to live, no one deserves to be in left in a shelter or on the streets without their own place to live. Anita, she says “I am specifically concerned about homeless hospital patients who do not have a place to go after being discharged from hospitals. No one should be discharged from hospitals with nowhere to go. I will be working to lessen the disadvantages of poverty and inequality in our society”.

This statement was added by Anita Prabhakar, their team, or by a Democracy Club volunteer, based on information published by the candidate elsewhere.

If you can add information that should be on this page - such as Anita Prabhakar's CV, homepage - please use our crowdsourcing website to add it.

If you've received election leaflets from Anita Prabhakar, please take a photo of them and upload them to ElectionLeaflets.org