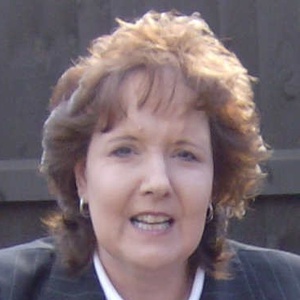 Ann Holtom was the Liberal Democrats candidate in the constituency of Birmingham, Erdington in the UK Parliament elections . They got 1,301 votes. Our volunteers have been adding information on Ann Holtom - here's everything we know so far!

Ann Holtom was born and brought up in Erdington and Pype Hayes. Ann has campaigned and fought to improve the area all her political life and was a local Councillor for ten years up to 2012 for Tyburn Ward. Ann has built up a firm reputation as an honest and committed campaigner actively campaigning on many issues such as the re-opening of the local railway station that would bring a much needed railway link between Castle Vale, The Fort and the City Centre which could create potential employment opportunities.

As an experienced campaigner she has also petitioned on road safety issues and has fought to save local swimming pools from closure. Ann stands on her record of community action.

As a Governor for the local Primary School Ann is also committed to education issues and opposing the current Government’s unfair cuts to school funding.

Ann also has a passion for housing and community issues having achieved her degree in Housing and Community Studies at Birmingham City University. Ann has welcomed the Liberal Democrat announcement that they are committed to ending the scandal of rough sleepers and vacant housing.

Ann remains a strong local champion for Erdington residents and will make their voice heard at Westminster. Ann says: “Erdington deserves better and that is why I am pleased to have been selected again to stand as candidate”.

This statement was added by Ann Holtom, their team, or by a Democracy Club volunteer, based on information published by the candidate elsewhere.

You can meet candidates and question them at local hustings. Here are hustings where Ann Holtom may be appearing.

If you can add information that should be on this page - such as Ann Holtom's CV, twitter account - please use our crowdsourcing website to add it.

If you've received election leaflets from Ann Holtom, please take a photo of them and upload them to ElectionLeaflets.org