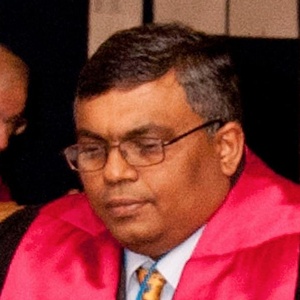 Victor Babu was the Liberal Democrats candidate in the constituency of Clwyd West in the 2017 General Election. Our volunteers have been adding information on Victor Babu - here's everything we know so far!

Dr Victor Babu is a local Surgeon in Glan Clwyd Hospital and is married to Swapna Alexander, a Consultant Physician Caring for the Elderly in Llandudno General and Glan Clwyd Hospitals. They live in Colwyn Bay with their 2 children.

In addition to working in the hospital, Victor has a wealth of knowledge and qualifications in the Health Management. He had the opportunity to represent the population of North Wales in the Betsi Cadwaladr ‘Helath Board’ for a year as its Associate Member. He won the Cardiff Deanery's BEST award in 2012 and currently an Honorary Visiting Speaker (Keele University), Listed Performance Assessor (General Medical Council), MRCS Examiner (The Royal College of Surgeons), and an equality champion promoting equality and fighting to protect the human rights in North Wales.

Victor sincerely believes in that this election is about changing the Britain’s future for good. The current terms of Brexit will have a huge impact on our economy, jobs, security and the opportunity to travel and live abroad. Only the Liberal Democrats are proEuropean and capable of bringing in that fundamental change to safeguard the Britain’s best interests in Europe and our membership in the European Union Single Market. He will ensure that the British people have their say on the final Brexit deal in a referendum.

He believes in building a strong, stable and sustainable economy, fit for the future supporting our much-needed current and the future public services alongside the thriving businesses. A ProEuropean soft Brexit approach is vital in building this economy. If elected, he wishes to fight to ensure that the tax and benefits are balanced across with a decent, generous State Pension and a tax system that benefits all. He is in full support of ‘triple lock’ pension supporting our elderly.

In Wales, our farmers and the agricultural industry has so far relied much on European farming subsidies. He will fight to keep these all-important farming subsidies (Not even a penny less) and do all that is necessary to protect our tourism/hospitality industry, which are vital for the local economy. He is in favour of cutting the VAT on tourism from 20% to just 5% to help small businesses. He will back the ‘Welsh Tidal Lagoon’ projects in generating green energy, apprenticeships in creating 1000s of jobs. The S4C channel is vital for the future of Welsh language and he will join the campaign to protect the S4C from cuts and safeguard its editorial independence. Having done 8 post-graduate qualifications from various Universities and the Royal Colleges he believes that only education can change our world. He believes and will work towards providing the best education to all irrespective of their background.

He will fight to protect our national health and care system, and ensure that it can carry on delivering the high quality physical and mental health services for all in need free at the point of use. Our party pledge to invest an additional £9bn a year into the NHS and Care services, and our continued fight to ensure minimum staffing levels in our hospital wards and community care teams are vital and for sure will help in creating an NHS that puts patients first.

Victor believes in a Britain that is Open, Tolerant and United. He promises to work hard to build a society where no one is enslaved by poverty. He has always upheld the ‘human rights’ of all and worked towards the elimination of discrimination and disadvantage in all its forms within our communities. He promoted equality of opportunity and good relations between all persons through understanding and addressing issues of discrimination and inequality.

He is in favour of a Britain that continues to work actively and constructively with our allies and partners in the European Union, Commonwealth, UN and NATO to engage with and develop policy responses that promote liberal internationalism. He is seeking the support from all in Clwyd West in the forthcoming Westminster General Election for an opportunity to represent and serve all in the Clwyd West.

This statement was added by Victor Babu, their team, or by a Democracy Club volunteer, based on information published by the candidate elsewhere.

If you can add information that should be on this page - such as Victor Babu's CV - please use our crowdsourcing website to add it.

If you've received election leaflets from Victor Babu, please take a photo of them and upload them to ElectionLeaflets.org