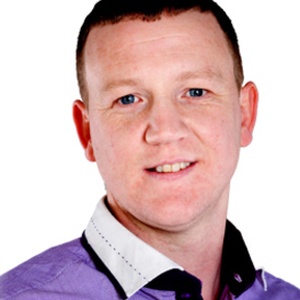 Conor Campbell was the The Workers Party candidate in Black Mountain in the Belfast local election . They got 162 votes. Our volunteers have been adding information on Conor Campbell - here's everything we know so far!

“Working class people – employed, unemployed, young people and pensioners – need a Workers Party, committed to uniting workers to defend their own interests. This election is an opportunity to affirm that at the ballot box”,

Sinn Fein’s record of representation in West Belfast is a scandal, a disgrace and an insult to the people of this constituency.

For nearly 30 years West Belfast has returned a Sinn Fein MP to Westminster. – but it has resulted in absolutely no benefit for local people.

“Paul Maskey, and Gerry Adams before him, have presided over rising unemployment, an increasing reliance on benefits and escalating levels of poverty and low income.

“Sinn Fein’s neglect of this constituency is a scandal, a disgrace and an insult to all local people – young and old alike.

“This is how West Belfast has fared under there decades of Sinn Fein representation
• 43% of children in West Belfast are growing up in poverty. That figure rises to almost 48% In the Colin Glen area
• Local unemployment levels are running at almost 8%
• Only 6% of Invest NI funding has come to West Belfast in the past three years
• Nearly half of all local people over 16 are dependent of at least one form of benefit
• A lower proportion of pupils from West Belfast, than elsewhere, go on to further education”

That is the return for voting for Sinn Fein. Yet Sinn Fein says that West Belfast has suffered “…decades of neglect and a lack of investment”. What they avoid saying is that it’s happened on their watch and that they are responsible.

This statement was added by Conor Campbell, their team, or by a Democracy Club volunteer, based on information published by the candidate elsewhere.

You can meet candidates and question them at local hustings. Here are hustings where Conor Campbell may be appearing.

If you can add information that should be on this page - such as Conor Campbell's CV, twitter account - please use our crowdsourcing website to add it.

If you've received election leaflets from Conor Campbell, please take a photo of them and upload them to ElectionLeaflets.org