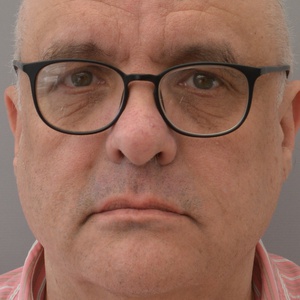 Michael Flynn was the Christian Peoples Alliance candidate in the constituency of Wansbeck in the UK Parliament elections . They got 178 votes. Our volunteers have been adding information on Michael Flynn - here's everything we know so far!

I am a local resident of Wansbeck and have lived in Ashington most of my adult life. From the age of sixteen until I was twenty three I served in the British army,serving in Germany, Northern Ireland and Cyprus.I have four adult children and two grand children. As a lone parent bringing four children all under four years was not easy. I understand far to well the pressure that many a family are under.
As a Christian I have by God's grace become a candidate for the Christian Peoples Alliance for the Wansbeck area of Northumberland. As a person I am really easy going and approachable,but I have strong faith in Jesus.
The CPA basic principles are set out in our manifesto and are based around.
The effective use of resources.
Empowerment of the individual and communities
Active compassion
Respect for life
Social justice.
The CPA Polices
1. Honour Democracy
We need to honour the will of the people and get Brexit done. We will offer Brexit referendum only after five years as this will give us time to gauge the state of affairs. This will unite the nation.

2. SUPPORT MARRIAGE AND THE FAMILY

The CPA will support marriage and the family with a £12,000 grant to first-time married couples and £6,000 upon the birth of their first child, provided they attend the required number of training sessions in marriage preparation and childcare.

“Aside from the human cost, family breakdown has been estimated to cost the taxpayer £48 billion per year. No other party will address this issue’.”
The CPA’s marriage and first-child grant (costing £4 billion) and other key policies would be funded by the introduction of a turnover tax of five per cent, offset against corporation tax, which is intended to stop big multinational companies such as Facebook, Google and Starbucks sending their UK profits abroad in order to cut down their tax bill.
This would raise an estimated £32 billion.

3. PROTECT UNBORN CHILDREN
We stand on strong pro-life platform and we pledge to restore full legal protection to unborn children while diverting more than £200 million of taxpayers’ money spent each year on funding abortions here and abroad into supporting any mother in a crisis pregnancy situation.

It is painful to note that within election campaign period alone an average of 598 babies will lose their lives to abortion in the UK, with over nine million lives lost altogether as a result of the 1967 Abortion Act. This is a national tragedy — we have to have the courage to face this issue and look for compassionate alternatives.”

4. MAKE TAX FAIR AND CARE FOR THE POOR

We’d end the scandal of big multi-
national companies ( Facebook, Google, Starbucks etc) sending their UK profits abroad in order to avoid paying their fair share of tax.
By introducing a Turnover Tax (of 5%), offset against Corporation Tax, we’d address the disadvantage faced by British businesses.
This would raise an estimated £32 bn, which we’d use to halve commercial rates to revive our city centres (£11.5 bn), pay for our family policies (£4 bn) and restore the £12 bn in Tory benefit cuts by properly funding Universal Credit. We would help everyone sleeping rough with a free night shelter, meal and the right support to get back into society.

5. Fight Crime
We will help people leaving prison, guaranteeing them good accommodation and help to get work and also help to break any addictions.
Christian charities like Saltbox in Stoke and the Message Trust in Manchester have got re-offending rates down
to around 10% compared with a national average of around 30% but which can be as high as 62%. The result is 1) There will be many fewer victims. 2) There will be fewer people in court and in prison. 3) Ex prisoners will be happier. It costs around £38,000* per year to keep someone in prison so this is a win win
policy.

This statement was added by Michael Flynn, their team, or by a Democracy Club volunteer, based on information published by the candidate elsewhere.

If you can add information that should be on this page - such as Michael Flynn's CV, homepage, twitter account - please use our crowdsourcing website to add it.

If you've received election leaflets from Michael Flynn, please take a photo of them and upload them to ElectionLeaflets.org