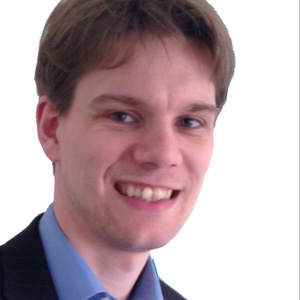 Daniel Stafford was the Conservative and Unionist Party candidate in Littlemore in the Oxford local election. Our volunteers have been adding information on Daniel Stafford - here's everything we know so far!

Daniel is an Oxford resident of nine years who has lived in Littlemore since 2013. He has stood as Conservative candidate in Littlemore in the last three local elections, and is honoured to be contesting the ward once again.

As part of a strong team of candidates across Oxford, Daniel hopes to offer a positive alternative to Littlemore residents. He is pleased that in a time of funding challenges, it is the Conservative government that have met these challenges head on, and worked hard to deliver the long term economic stability required to protect valuable local services.

Daniel's main priority for the forthcoming election will be to tackle the significant areas of deprivation in Littlemore, and in particular to ensure the ward gets support to improve transport links and local roads. As a local resident, he is familiar with the pressure on south-east Oxford as more homes are built and planned for, increasing pressure on schools, roads and valuable services. If elected as your city councillor, Daniel will fight on your behalf to ensure development that works for everyone, and that Littlemore gets their fair share of city council spending.

Daniel belongs to Emmanuel Church Oxford, and is part of a local community group that meets in the Littlemore area and supports local projects. He works in the charity sector as a project manager, is married to Janine who teaches history at a local Oxford school, and is proud dad to a newborn baby son.

This statement was added by Daniel Stafford, their team, or by a Democracy Club volunteer, based on information published by the candidate elsewhere.