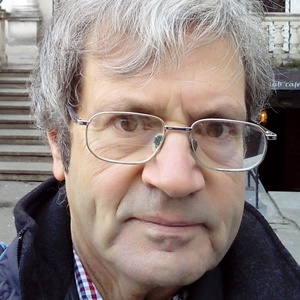 Dick Rodgers was the Common Good candidate in Peterborough in the UK Parliament elections. Our volunteers have been adding information on Dick Rodgers - here's everything we know so far!

I represent a party called the Common Good. I’m not Labour, Conservative or Liberal Democrat.

I bring a fresh approach, whilst honouring good work done in the past by others.

I’m not for the many or the few but for all of us.

If elected, I would try to do these things:

Diligent casework to understand and resolve the problems of constituents, being available and responding to enquiries.
Promote a clean neighbourhood.
Get potholes detected and fixed promptly.
A scheme to help people to get to know their neighbours and be nice to each other.
Public ownership of the buses.
Bus fare 50p.
Cheap multi-storey carparks at stations.
A coherent mass rapid transit system.
Majestic greenhouses with warm climate trees in many parks as a public amenity.
Inexpensive, safe boating on city lakes.
A non-profit regional industrial bank primed with newly created central bank money to foster local industry, infrastructure, jobs and wealth for all – and stop commercial banks creating money which is why housing is so very costly.
Elected Regional Government to let the region thrive, as they have in Germany, France and all other European Countries, instead of Westminster’s centralised rule of the regions. Our region would include Stoke, Shrewsbury, Hereford, Burton and Rugby as well as the WM Combined Authority area.
Upgrade the region’s transport infrastructure which industry says is a problem causing costly delays.
Truly understand Birmingham’s budget.
How will I do all this?

By meeting people in Birmingham and Westminster and letting these sensible ideas speak for themselves.

NHS. Get the NHS back to its original altruism instead of going the way of America’s horrible commercial healthcare which bankrupts the sick. I’d run the NHS as a non-commercial team effort.

NHS to cover elderly care. Care of the elderly is now run by businessmen who want your money.

No student fees. Raising a skilled, educated population as a public good must be free to students.

Nationalise and electrify the trains. Love the whole system not just HS2 and cut fares right down.

Dam the Bristol Channel with steel panels held on stanchions, for tidal power generation. Then harness the huge generation capacity of the Irish Sea.

Stay in the EU. The EU’s a great idea! It beats killing each other, which is the story of European history until the founding of the EU led to a lasting peace.

We need a national purpose that inspires us all and brings us together about the noble goal of making the world better place. That spirit will heal our nation.

I moved here in 1983 and worked as an assistant surgeon at the Royal Orthopaedic and Children’s Hospitals. I’m ordained in the Church of England.

This statement was added by Dick Rodgers, their team, or by a Democracy Club volunteer, based on information published by the candidate elsewhere.

The Common Good is a small Christian political party in the United Kingdom. Founded and led by Richard (Dick) Rodgers, a clergyman, motorcyclist and orthopaedic registrar living in Northfield, Birmingham, the party's principles are based on his Christian faith.

If you can add information that should be on this page - such as Dick Rodgers's CV - please use our crowdsourcing website to add it.