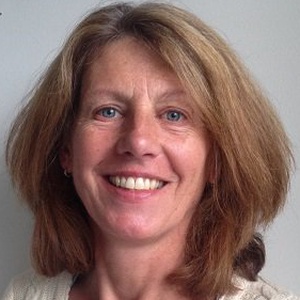 Gina Dowding was the Green Party candidate in the constituency of Fylde in the UK Parliament elections . They got 1,731 votes. Our volunteers have been adding information on Gina Dowding - here's everything we know so far!

Gina has held many key roles representing the Green Party during her 30 years as a member: she was formerly a Lancaster City Councilllor and is currently the sole Green County Councillor on Lancashire County Council, where her work campaigning on fracking, responsible investment by the County pension fund, and ending single-use plastics at County level has resulted in real change across Lancashire.

In the past she worked for local charities: for people with drug and alcohol issues, SCOPE, and more recently a charity in Cumbria trying to make church buildings more sustainable. Her primary career was in the NHS in public health project management. In addition to being a councillor she now works very part-time as a personal assistant for someone with disabilities.

One of her proudest achievements is playing a key part in getting Lancaster funded for massive improvements to cycling (£1.5 million); and in 2002 daring to expose the City Council's secret decision to give financial support to the nuclear industry (which resulted in her being suspended from the Council for three months although meanwhile re-elected with a bigger majority).

On Lancashire County Council she has been proud to support those fighting the shale gas industry on the Fylde - and to shine a light on the real risks that fracking brings. She does not shy away from meaningful action, and in addition to her numerous interventions and motions at full council and in the democratic process she was arrested and charged for obstruction of the highway in direct action outside the Preston New Road site in November 2017. She lives in Lancaster with her partner; her two sons have mainly left home; she likes dancing and loves cycling holidays.

This statement was added by Gina Dowding, their team, or by a Democracy Club volunteer, based on information published by the candidate elsewhere.

Gina Dowding is a British politician who has been a Member of the European Parliament (MEP) for North West England since 2 July 2019, on behalf of the Green Party. She was elected to the role in the 2019 European Parliament Election on 23 May of that year.

If you can add information that should be on this page - such as Gina Dowding's CV - please use our crowdsourcing website to add it.

If you've received election leaflets from Gina Dowding, please take a photo of them and upload them to ElectionLeaflets.org