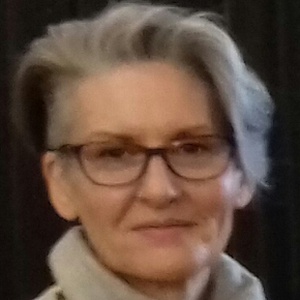 Amanda Baker was the Green Party candidate in South Derbyshire in the UK Parliament elections . They got 1,788 votes. Our volunteers have been adding information on Amanda Baker - here's everything we know so far!

Facebook
https://www.facebook.com/derbyshiregreen
We don't know Amanda Baker's email address. Can you add it?

As an average 54-year-old woman, my activism has until now been limited to ensuring I vote well, buying less and less and from as ethical suppliers as I can find, reducing my travel, etc. I also just hope! Hope that other people will start to vote more with their truest convictions rather than the least bad party.

We all know that a Green vote is not always considered a wise choice, but not because it's a bad choice. Most people I know think the Greens are great but not strong enough on the numbers and that's where I want to change things and why I have decided to step up as a candidate. I want the choice to vote Green and I want that for others who are looking for an ethical and honest party who can provide radical change to politics and avert our climate crisis. I want to start shouting up for our party and converting those who are swaying or abstaining or just lost in apathy about our current political situation globally and locally.

I am passionate and committed to the things and people I believe in. I'm also really scared about the future and that is fuelling my need to act, to come forward as a candidate and to speak up for the only real way out of our current mess and that is by giving Greens a bigger voice and presence.”

This statement was added by Amanda Baker, their team, or by a Democracy Club volunteer, based on information published by the candidate elsewhere.