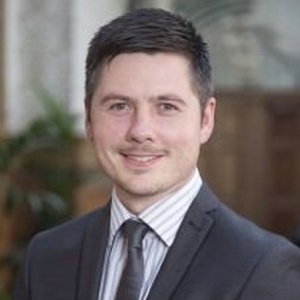 We don't know Brett Andrew O'Reilly's email address. Can you add it?

I grew up on Fairfax Road in West Heath, and have lived locally all of my life. As a child I attended West Heath Nursery, West Heath Primary School and later Turves Green Secondary School, where I now serve as a school governor.

Being elected as councillor in my home ward is one of my proudest moments, and since being elected in 2012, I have worked tirelessly to make our area a better place to live. Whether it has been campaigning to secure the redevelopment of the shopping area at The Fordrough, giving residents a voice on the Longbridge Lane road works and saving the ‘Cofton Oak’, or fighting to save our local services from cuts, I have always been there to stand up for Longbridge and West Heath.

One of my election pledges back in 2012 was that I would visit every street in the ward to speak to residents and stay in touch, not just at election time, but all year round. I renewed this pledge when I was re-elected in 2016, and having delivered on it on both occasions, I give the same pledge this time, if I’m elected on May 3rd, I will revisit every street in the ward and put your concerns at the top of my priorities for Longbridge and West Heath.

Over the last six years, despite continued cuts we have had some real achievements, both locally and across Birmingham. I say ‘we’ because it takes more than one person to run a campaign, and for many years, Carmel Corrigan has volunteered her time to support me and local residents in our area. We have achieved so much, but there is still much to be done.

At the election on May 3rd, you will be able to vote for two candidates. By putting an X next to me and Carmel Corrigan as the two Labour candidates, we can continue to work hard for our area and fight to stop cuts being imposed on us by the Conservative government.

This statement was added by Brett Andrew O'Reilly, their team, or by a Democracy Club volunteer, based on information published by the candidate elsewhere.