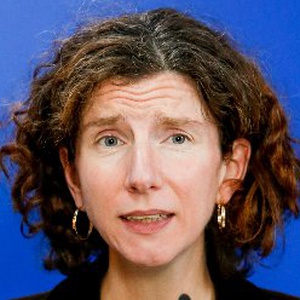 Anneliese Dodds was the Labour and Co-operative Party candidate in Oxford East in the UK Parliament elections. Our volunteers have been adding information on Anneliese Dodds - here's everything we know so far!

I was born and brought up in Scotland and moved to the South East of England in 1996, where I have lived ever since.

Before I was elected to represent the South East as an MEP, I was a Senior Lecturer in Public Policy at Aston University. I chose this institution primarily because of its record on promoting access for local Black and Minority ethnic and working class students. Previous to this I was Acting Director of the National Institute for Health Research Patient Safety and Service Quality Research Centre at King's College, London, and before that, an Economic and Social Research Council postgraduate fellow at the London School of Economics.

My research focused on what Britain can learn from other European countries to improve the safety and quality of health care, to combat social exclusion, and to make regulation more effective. I have written over twenty peer-reviewed articles and books, and have served as an invited Professor at universities in formerly war-torn Kosovo, where I was engaged in research on electricity supply- essential in a region where extreme energy poverty is normal.

In May 2014 I was elected as Labour MEP for South East England. I now sit on the Committee on Economic and Monetary Affairs, am member of the Special Committee on Tax Rulings and Other Measures Similar in Nature or Effect and am Chair of the Delegation to Montenegro Stabilisation and Association Parliamentary Committee. I am a Substitute to the Committee on Regional Development and the Delegation to the Former Yugoslav Republic of Macedonia Joint Parliamentary Committee. My position on the Committee on Economic and Monetary Affairs means I can campaign for better regulation of the financial markets and making the European economy better for small and medium sized businesses.

I am also a member of the Working Group on Anti-Semitism and a member of the intergroups on Lesbian, Gay, Bisexual, Transgender and Intersex rights (LGBTI); Long-term investment and reindustrialisation; Welfare and conservation of animals; and Youth Issues.

My other aims as an MEP are to push for a greater focus on creating jobs and sustainable economic growth, and to fight for a higher level of investment from the EU to the South East. I would particularly like to see more funding for the most deprived areas of my constituency.

When the European Parliament is not in session, I live in Oxford, with my partner Ed and our two children, Freddie and Isabella.

It has been an honour to represent Oxford East for the past two years. I have tried to ensure that local peoples’ voices are listened to in Parliament – taking up concerns with Ministers and in the media, and dealing with 10,000 constituent cases last year.

This has included repeatedly raising concerns about a ‘No Deal’ or extreme Brexit- which would be so damaging for our universities, manufacturing (not least BMW Cowley) and NHS. I have campaigned for a public vote between a new Brexit deal, and ‘remain’ – and have made clear that in that vote, I would campaign to remain.

While the current government has been arguing internally over Brexit, the climate crisis has continued. Labour’s Green New Deal incorporates a pathway to de-carbonisation by 2030, creating a million new clean green jobs. I am proud of how Oxford has led the way on renewable energy and climate activism – but this must be reflected across the country. I want to continue to campaign against the expressway, and for the electrification of east-west rail and the re-opening of the Cowley Branch Line to passengers, as well as investment in cycling infrastructure.

The high cost of housing in Oxford is another major concern. Homelessness is increasing and rents rising, while wages stagnate. Labour would build 150,000 council and social houses a year by the end of its first parliamentary term, and institute a renters’ rights revolution by enforcing new minimum standards for rented homes. Labour would also introduce a Real Living Wage of at least £10 an hour and safeguard workers’ rights – ensuring all have proper access to sick pay, maternity rights, and protections against unfair dismissal. For those who are already retired, we would work against pensioner poverty, compensating WASPI-generation women and protecting the free TV licence for over-75s.

Oxford’s NHS is struggling. When I found out that the PET-CT Cancer Scanning Service at the Churchill was to be privatised, I campaigned to keep the service running in the Churchill hospital. I am standing for re-election so I can continue to fight for our NHS. Labour will properly invest in our NHS, including £1.6 billion a year for mental health, re-introducing training bursaries for nurses, and properly supporting our NHS staff with real-term pay rises year on year.

My son attends our local primary school in Rose Hill, and my daughter attends the local co-operative nursery – so I’ve experienced first-hand the closure of Oxford’s children’s centres and the strain placed on local schools. 80% of our schools are now worse-off than they were in 2015. As your Labour and Co-operative MP, I will continue to fight for our local schools, ensuring proper funding, and that our teachers are paid what they deserve.

Since 2010, public services have been cut while taxes paid by the top 5% of earners and profitable companies have been reduced. By cancelling those tax cuts we can release desperately needed funds for our public services, from our NHS to education, and policing to social services.

This statement was added by Anneliese Dodds, their team, or by a Democracy Club volunteer, based on information published by the candidate elsewhere.

Anneliese Jane Dodds is a British Labour and Co-operative politician serving as Shadow Chancellor of the Exchequer since 2020. She has been Member of Parliament (MP) for Oxford East since 2017 and was a Member of the European Parliament (MEP) for South East England from 2014 to 2017. In terms of her position on Brexit, she is a remainer, and supported calls for a second referendum on the issue.

You can meet candidates and question them at local hustings. Here are hustings where Anneliese Dodds may be appearing.

If you can add information that should be on this page - such as Anneliese Dodds's CV - please use our crowdsourcing website to add it.