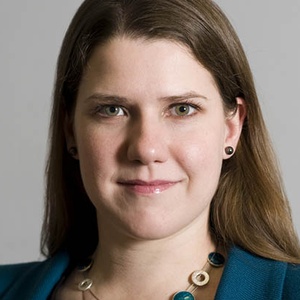 Jo Swinson was the Liberal Democrats candidate in East Dunbartonshire in the UK Parliament elections. Our volunteers have been adding information on Jo Swinson - here's everything we know so far!

A former marketing manager, Jo served as MP for East Dunbartonshire for 10 years until 2015. In 2015 Jo founded her own consulting business advising organisations on workplace diversity. She has written a book, Equal Power, which will be published by Atlantic Books in early 2018.

As an MP, Jo worked to increase jobs locally including her Get East Dunbartonshire working initiative, successfully supported the Milngavie community against Tesco’s inappropriate store expansion, championed the views of the local community against the Lower Kilmardinny Development, won her campaign to ensure the new HMP Low Moss was not named after the town of Bishopbriggs, and fought against Labour’s local Post Office closures.

Outside of politics, Jo enjoys running; she completed the Loch Ness Marathon in 2007 and the London Marathon in April 2011, and is running the Stirling Marathon in May 2017.

This statement was added by Jo Swinson, their team, or by a Democracy Club volunteer, based on information published by the candidate elsewhere.

Joanne Kate Swinson is a British Liberal Democrat politician who served as Leader of the Liberal Democrats from 22 July to 13 December 2019. She was the first woman and the youngest person to hold the position. Swinson served as the Member of Parliament (MP) for East Dunbartonshire from 2005 to 2015 and 2017 to 2019.