Margaret Curran was a Labour Party candidate in Glasgow East constituency in the UK Parliament elections. 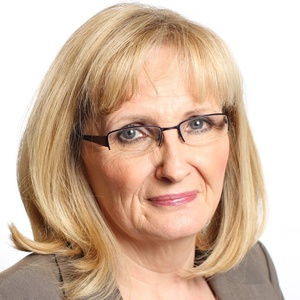 Margaret Patricia Curran is a Scottish Labour Party politician. She served in the British House of Commons as the Member of Parliament (MP) for Glasgow East from 2010 to 2015 and was Shadow Secretary of State for Scotland from 2011 until 2015. She was previously the Member of the Scottish Parliament (MSP) for Glasgow Baillieston from 1999 to 2011, and held a number of posts within the Scottish Executive, including Minister for Parliamentary Business, Minister for Social Justice and Minister for Communities.

LinkedIn
en
We don't know Margaret Curran's email address.
Can you add it?