Sammy Wilson was a Democratic Unionist Party - D.U.P. candidate in East Antrim constituency in the UK Parliament elections. They were elected with 16,871 votes. 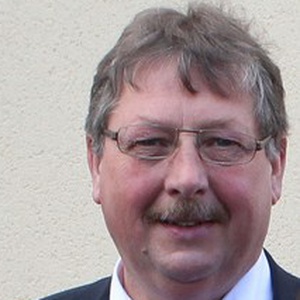 Sammy Wilson MP was born in Belfast in April 1953, one of four children and is the son of Pastor and Mrs Alexander Wilson who was the head of the Elim Church in Northern Ireland.

This statement was added by Sammy Wilson, their team, or by a Democracy Club volunteer, based on information published by the candidate elsewhere".

Samuel Wilson is a British politician serving as the Member of Parliament (MP) for East Antrim since 2005. He served as a Member of the Legislative Assembly (MLA) for Belfast East from 1998 to 2003 and for East Antrim from 2003 until 2015. He served as Lord Mayor of Belfast from 1986 to 1987 and again from 2000 to 2001, the first person from the DUP to hold the office. He has also served as Minister of Finance and Personnel and Minister of the Environment in the Northern Ireland Executive. He has endorsed an Ulster Defence Association document calling for genocide should the British abandon Northern Ireland.