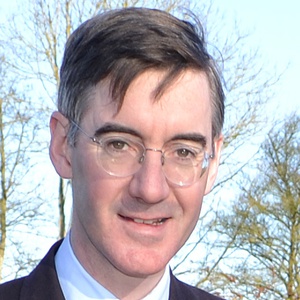 Jacob Rees-Mogg was the Conservative and Unionist Party candidate in the constituency of North East Somerset in the UK Parliament elections. They were elected with 28,360 votes. Our volunteers have been adding information on Jacob Rees-Mogg - here's everything we know so far!

Jacob was born in May 1969 and was brought up in Somerset at Ston Easton and Hinton Blewett. He was elected as the Member of Parliament for North East Somerset in May 2010, with a majority of 4914 and again in May 2015 with an increased majority of 12749. He was re-elected in June 2017 with 53% of the vote. Being elected fulfilled his ambition to represent the Somerset parliamentary seat in which his family has lived for generations.

Jacob read History at Trinity College Oxford, before moving into finance being based in Hong Kong and later moving back to London. He set up his own company in 2007 with a group of Partners; it is called Somerset Capital Management and specialises in investment management in global emerging markets for institutional clients.

Jacob lives in West Harptree with his wife Helena and their six young children: Peter, Mary, Thomas, Anselm, Alfred and Sixtus. He is a cricket enthusiast and has supported Somerset County Cricket Club since he was a child.

This statement was added by Jacob Rees-Mogg, their team, or by a Democracy Club volunteer, based on information published by the candidate elsewhere.

Jacob William Rees-Mogg is a British politician serving as Leader of the House of Commons and Lord President of the Council since 2019, and who has served as Member of Parliament (MP) for North East Somerset since 2010. A member of the Conservative Party, Rees-Mogg is a social conservative.

You can meet candidates and question them at local hustings. Here are hustings where Jacob Rees-Mogg may be appearing.

If you can add information that should be on this page - such as Jacob Rees-Mogg's CV - please use our crowdsourcing website to add it.

If you've received election leaflets from Jacob Rees-Mogg, please take a photo of them and upload them to ElectionLeaflets.org