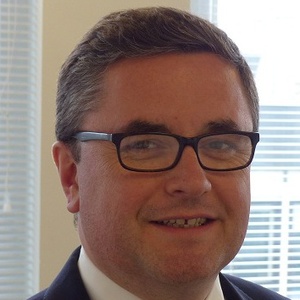 Robert Buckland was the Conservative and Unionist Party candidate in South Swindon in the UK Parliament elections. Our volunteers have been adding information on Robert Buckland - here's everything we know so far!

Robert Buckland has been working hard to represent you since his election in 2010. Living in South Swindon with his family, Robert is the only candidate of the two main parties who lives in the Borough. He is out and about in Swindon each week, and has met thousands of local residents. Robert works closely with the North Swindon MP, providing a joint service to local people. He is not a career politician, having worked for nearly twenty years up to 2010 as a criminal legal aid barrister.

As your MP, he has held over 135 Advice Surgeries in local supermarkets, community centres, workplaces and street corners. He has dealt with over 17,000 different items of casework. As a backbench MP, Robert helped to lead successful cross-party campaigns in Parliament to change the law on special educational needs, stalking, domestic abuse, child cruelty and carers. As a Government Minister, Robert has taken measures through Parliament relating to criminal law, immigration and our security services. He also refers sentences that are far too low to the Court of Appeal. Robert continues to work with local businesses and groups to attract more investment to Swindon.

As a fellow local resident, no-one is more determined than me to stand up for Swindon. In the past seven years, we have come a long way. But there is still more to do.

Keep promoting Swindon as a great place to do business, attracting even more skilled jobs to our town, building on the near 60% reduction in local unemployment since 2010.

Help to make sure that the 50% increase in Swindon health spending over the next 5 years is spent on a more co-ordinated and expanded service for local residents.

3. Work for even more investment

Build upon the over £169m investment in local infrastructure that we are receiving by pressing for more improvements to Swindon’s major road network and ensuring that we fully reap the benefits of the ongoing rail electrification.

4. Support our Local Culture and Heritage

Work with local heritage and culture groups to regenerate our historic buildings and showcase our cultural assets. Robert is Patron of the new Lydiard Park Community Trust.

Work with local schools and colleges, the Council and the Government to further drive up standards and to give young people the skills they need for their future.

6. An Approachable, Hardworking and Influential MP

To continue to be a hardworking, visible and approachable MP, visiting residents, holding regular Advice surgeries and making our case at the highest level.

CONSERVATIVES CREATING A COUNTRY THAT WORKS FOR EVERYONE

1. The deficit reduced by nearly three quarters as a share of our economy

7. 1.8 million more pupils are taught in good or outstanding schools

10. 2% of our national income being spent on our defences each year

Our Plan for Britain is a plan to get the right deal for Britain abroad and a better deal for ordinary working people at home.

Our Plan for Britain will deliver a country that is stronger, fairer, more united and more outward-looking than ever before.

1. A Global Britain that is outward-looking

2. A stronger economy where everyone plays by the same rules

3. A fairer society where success is based on merit, not privilege

4. A united nation that our children and grandchildren are proud to call home.

GETTING THE RIGHT BREXIT DEAL

2. Control of our own laws

9. New trade agreements with other countries

10. The best place for science and innovation

11. Co-operation in the fight against crime and terrorism

This statement was added by Robert Buckland, their team, or by a Democracy Club volunteer, based on information published by the candidate elsewhere.

Robert James Buckland is a Welsh Conservative Party politician and barrister serving as Secretary of State for Justice and Lord Chancellor since 2019. He has been the Member of Parliament (MP) for South Swindon since 2010.

If you can add information that should be on this page - such as Robert Buckland's CV - please use our crowdsourcing website to add it.