Elizabeth Truss was a Conservative and Unionist Party candidate in South West Norfolk constituency in the UK Parliament elections. They were elected with 35,507 votes. 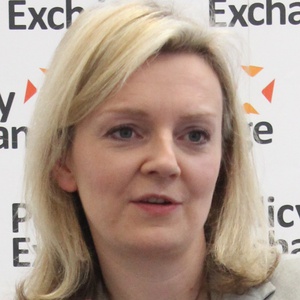 Elizabeth Mary Truss, known as Liz Truss, is a British politician serving as Secretary of State for International Trade and President of the Board of Trade since July 2019 and Minister for Women and Equalities since September 2019. A member of the Conservative Party, she has served as Member of Parliament (MP) for South West Norfolk since 2010. Truss was Environment Secretary from 2014 to 2016, Justice Secretary and Lord Chancellor from 2016 to 2017 and Chief Secretary to the Treasury from 2017 to 2019.

Home page
http://www.elizabethtruss.com/
The party's candidate page for this person
https://www.conservatives.com/OurTeam/Prospective_Parliamentary_Candidates/Truss_Elizabeth.aspx
We don't know Elizabeth Truss's email address.
Can you add it?