Anne-Marie Trevelyan was a Conservative and Unionist Party candidate in Berwick-upon-Tweed constituency in the UK Parliament elections. They were elected with 23,947 votes. 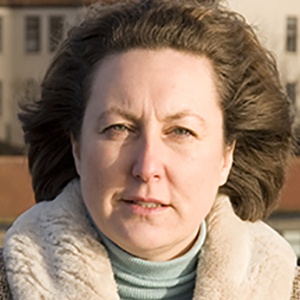 Anne-Marie Trevelyan was elected MP for the Berwick-upon-Tweed constituency at the 2015 general election and lives in the constituency with her husband John and their two teenaged children.

This statement was added by Anne-Marie Trevelyan, their team, or by a Democracy Club volunteer, based on information published by the candidate elsewhere".

Anne-Marie Belinda Trevelyan is a British Conservative Party politician serving as Minister of State for Business, Energy and Clean Growth since 2021 and as the Member of Parliament (MP) for Berwick-upon-Tweed since 2015. She served as the UK's last Secretary of State for International Development from February to September 2020, stepping down when the Department for International Development was merged with the Foreign and Commonwealth Office (FCO) to create the new department Foreign, Commonwealth and Development Office (FCDO). An outspoken Eurosceptic, she resigned as a Parliamentary Private Secretary in November 2018 over the Government's draft EU withdrawal agreement.