Hugh Robertson was a Conservative and Unionist Party candidate in Faversham and Mid Kent constituency in the UK Parliament elections. They were elected with 26,250 votes. 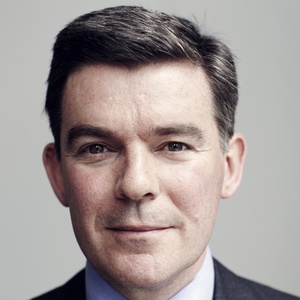 Sir Hugh Michael Robertson, is the Chairman of the British Olympic Association and Chairman of Camelot, the operator of The National Lottery. He was formerly a British Conservative Party politician who was the Member of Parliament (MP) for Faversham and Mid Kent from 2001 to 2015. He was the Minister of State for Foreign and Commonwealth Affairs until July 2014, having previously been the Minister for Sport and for the Olympics.