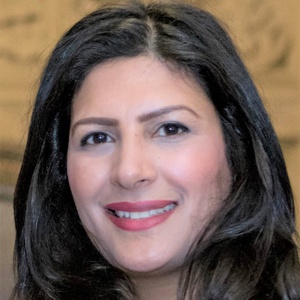 Preet Kaur Gill was the Labour and Co-operative Party candidate in Birmingham, Edgbaston in the UK Parliament elections. Our volunteers have been adding information on Preet Kaur Gill - here's everything we know so far!

Birmingham Edgbaston is where I grew up, where I went to school, and where my father drove the number 11 bus. I have deep roots in our community and understand the issues which matter most to our area. As a former social worker in Birmingham, I have seen first-hand the devastating effects that Tory austerity has had on many of the most vulnerable in our society.

In 2017 I was elected as your Member of Parliament for Birmingham Edgbaston. In the two years since I was elected to represent you, I helped more than 14,000 people. I am proud of my track record when it comes to resolving cases and supporting individuals locally and consistently raised residents’ concerns in Parliament.

I want to continue to be your visible, hardworking Member of Parliament. Re-elect me on the 12th of December to be your local champion.

1. Invest in our NHS to protect our Queen Elizabeth Hospital

There are 4.3 million people on the waiting list for operations and 27,000 patients waited over 62 days for cancer treatment last year. The last nine years have seen the biggest funding squeeze in NHS history at the hands of the Tories.

Labour created our NHS and will always give it the money and support it needs. We will increase expenditure across the health sector by an average 4.3% a year to deliver the standards of care enshrined in our NHS.

2. Reverse Tory cuts to our vital public and community services here in Edgbaston

Our council is at breaking point due to funding cuts of 31% here in Birmingham. The number of rough sleepers has more than doubled in our city since 2010 and the West Midlands Fire Service has lost nearly 600 staff since 2010.

I will continue to fight to protect our public services, and give our NHS, schools and police the money they need, by taxing those at the very top to fund properly services for everyone.

3. Invest in our police to keep our community and its residents safe

Police officer numbers are down by more than 20,000 since the Tories came to power with 2,000 officers gone in the West Midlands alone. Knife crime in Birmingham has risen 85% since 2012, one of the largest increases in the country.

When I was your MP, I strongly challenged the closure of our Quinton and Harborne police stations and will continue to fight for them to be re-opened. I will fight for more police and to rebuild neighbourhood policing to protect our communities.

Labour will invest in a National Education Service that is free for everyone. We will abolish tuition fees, invest in free childcare for all two to four year olds, stop cuts to schools, provide free school meals for primary school children and reduce class sizes for all five, six, and seven-year-olds.

5. Invest in youth services to support our young people

Public spending on youth services in England has fallen by £1 billion since 2010. As a result, 43 youth centres have been forced to close in Birmingham and there are only 39 full time youth workers serving the whole city.

Far too many young people today do not have anywhere to go, they have nothing to do and lack of role models to talk to. I have stood up for them, creating a young people’s mental health working group and calling for more resources for our young people in Parliament.

This statement was added by Preet Kaur Gill, their team, or by a Democracy Club volunteer, based on information published by the candidate elsewhere.

Preet Kaur Gill is a British Labour Co-op politician serving as Member of Parliament (MP) for Birmingham Edgbaston since 2017 and as the Shadow Secretary of State for International Development since April 2020. She is the first female British Sikh MP.