Richard Harrington was a Conservative and Unionist Party candidate in Watford constituency in the 2017 General Election. 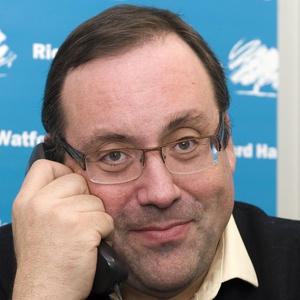 Richard Irwin Harrington is a businessman and Conservative British politician who was Member of Parliament (MP) for Watford from 2010 until 2019 before standing down ahead of the 2019 general election. He served as Minister for Business and Industry from June 2017 to March 2019 working across professional services, manufacturing and scientific and research sectors. Previously he was chairman of the Executive Board of the Conservative Friends of Israel, which, during his tenure, quadrupled in size financially. He was appointed Vice Chairman of the Conservative Party by David Cameron in 2012, taking responsibility for fund-raising and campaigning in the critical marginal seats. Richard was also previously a treasurer of the Conservative Party, launching the Number 10 Club with Sir John Major.

The party's candidate page for this person
https://www.conservatives.com/OurTeam/Prospective_Parliamentary_Candidates/Harrington_Richard.aspx
We don't know Richard Harrington's email address.
Can you add it?