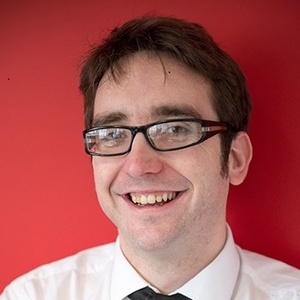 David Darkin was the Labour Party candidate in Carmarthen East and Dinefwr in the 2017 General Election. Our volunteers have been adding information on David Darkin - here's everything we know so far!

On 8 June - Make your voting decision on facts. Don’t just vote - know what you are voting for!

Across Wales thousands upon thousands took part in our Manifesto Consultation –‘ For the Many not the Few.’ You told us what a UK government must do. Only Labour listened.

Only Labour can stop the Tories forming another Government that treats people with disdain and puts the demands of people who have ‘more than they can ever possibly spend’ above the needs of others.

Three Plaid Cymru MPs will not stop the Conservative party cutting public services, reducing school budgets and imposing more and more hardship upon the many, and failing to stop tax avoidance by the few.

Across Carmarthen East and Dinefwr voters are coming home to Labour - the real party of Wales. Support for Labour is growing because we want to change the way politics are done - ending divisive personal attacks, media spin and empty promises. That’s why we chose David Llewelyn Darkin - a fresh voice for Carmarthen East & Dinefwr.

Born and raised in Carmarthenshire, David’s single, working Mam ensured he shared Welsh community values – our proud traditions of honesty, integrity and a real commitment to supporting neighbours. After Welsh language state education, David attended university - all under an enabling Labour government. As an award winning architect David has worked with Government Departments and understands how they work.. His ‘no-nonsense’ approach has earned him respect from politicians at local and national level. His work is with communities across our county, most recently Llandeilo’s Shire Hall project. Living and working in our beautiful county, its people are at the heart of David’s campaign. He will work for what Carmarthenshire needs.

“I am standing as your candidate because I believe we can do better with a Labour government that will turn the tide and invest in you. We will:
Ensure the needs of all are heard as Wales prepares to exit the EU, fighting for a Brexit deal that protects jobs, investment and funding.
Promote Tourism and Agriculture and nurture small rural businesses to provide jobs

The Tory record is not good. Across the Severn Bridge the NHS is in crisis, the Education Service is in crisis, and Social Care is chaotic. Their record on the Armed Forces and Police is one of cuts and reduction of capability. We are one of the richest countries in the world yet 4 million children are in poverty. Where has the money gone?”

Another Conservative government is not inevitable, a better future for us all is possible. We the team of Labour in Carmarthen East and Dinefwr welcome you to join us to bring change and end a government that acts for the few not the many.

This statement was added by David Darkin, their team, or by a Democracy Club volunteer, based on information published by the candidate elsewhere.