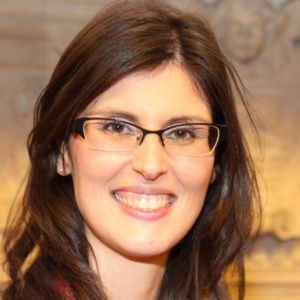 Layla Moran was the Liberal Democrats candidate in Oxford West and Abingdon in the UK Parliament elections. They were elected with 31,340 votes. Our volunteers have been adding information on Layla Moran - here's everything we know so far!

It has been an absolute privilege to be able to represent my community of Oxford West and Abingdon for the past two-and-a-half years.

In 2017, I campaigned to be your MP because I believed, as I still do, that we need to make Brexit stop and focus on the problems facing our country and our area, like schools that cannot afford to stay open for five days a week, and an NHS where budget cuts and nursing shortages are having a catastrophic effect.

Since then, I have dealt with over 20,000 items of casework, and I have met constituents regularly in my surgeries with nowhere else to turn, who have been left behind by our increasingly intolerant and dispassionate society. I’m standing again to be elected as an MP for them, as much as I am for the same reasons I ran in 2017.

Because we can do so much better. That’s why the Liberal Democrats would stop Brexit and invest the £50bn Remain Bonus from that in public services and tackling inequality.

That starts with taking on the climate emergency, generating 80% of our electricity from renewables by 2030 and insulating all low-income homes 2025. We also need to give every child the best chance in life, recruiting 20,000 extra teachers as part of £10bn a year extra for schools – I’ve heard from too many headteachers in our area who are despairing at the real-terms cuts to funding they have seen since 2015.

To help working parents, we would offer free, high-quality childcare for every child aged two to four and children aged between nine and 24 months where their parents or guardians are in work: 35 hours a week, 48 weeks a year.

On the doorstep, at hustings and elsewhere in our community, the issue of mental health has come up time and time again. We want to see mental health services given the same importance and urgency as physical health.

And we know what impact Brexit would have on Oxfordshire, with the Mini plant at Cowley, world-leading universities and a thriving science and research sector.

Stopping Brexit and focusing on all of those things are vital if we are to focus on what really matters to people on the doorstep.

But in the last two-and-a-half years I have spent my time in Parliament championing you, including by campaigning to stop the Expressway and instead invest the money in a fully electrified East-West Rail. That’s something I’ve been calling for since my maiden speech in the Commons in 2017, holding a debate the following year to express residents’ concerns and securing a visit by the then-Transport Minister to Botley. Now the Tories want to ‘review’ it, because they’ve seen how unpopular their plans are.

The Conservatives have failed time and again to get the Lodge Hill diamond junction built, to build the B4044 cycle path and to prioritise A34 safety improvements.

And I’ve continuously called for the plans to build on the green belt, including in areas that have flooded in the last month, in the Cherwell Local Plan to be reviewed, and for all local councils including Oxford City to work together to reassess how many new homes are needed.

So I’m standing to be re-elected as your MP because I know what we’re capable of. Let’s stop Brexit and focus on what matters to our community: scrap the Expressway; tackle the climate crisis and finally build the sustainable infrastructure we need such as East-West Rail; protect our green belt; and get the road safety improvements now, instead of repetitive delays.

I believe in Oxford West and Abingdon – let’s be proud of our community.

This statement was added by Layla Moran, their team, or by a Democracy Club volunteer, based on information published by the candidate elsewhere.

Layla Michelle Moran is an English Liberal Democrat politician. She has served as the Member of Parliament for Oxford West and Abingdon since the 2017 general election. She was re-elected in 2019.

You can meet candidates and question them at local hustings. Here are hustings where Layla Moran may be appearing.

If you can add information that should be on this page - such as Layla Moran's email - please use our crowdsourcing website to add it.