Luciana Berger for Finchley and Golders Green in the UK Parliament elections | Who Can I Vote For? by Democracy Club

Luciana Berger was a Liberal Democrats candidate in Finchley and Golders Green constituency in the UK Parliament elections. They received 17,600 votes. 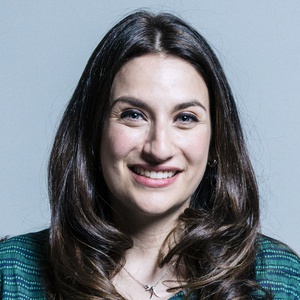 Luciana Clare Berger is a British former politician who was Member of Parliament (MP) for Liverpool Wavertree from 2010 to 2019. Initially a member of Labour Co-op, in 2019 she left and co-founded The Independent Group, later Change UK, before joining the Liberal Democrats. A former member of the Official Opposition frontbench, she served under Labour Leader Jeremy Corbyn as Shadow Minister for Mental Health from 2015 to 2016.