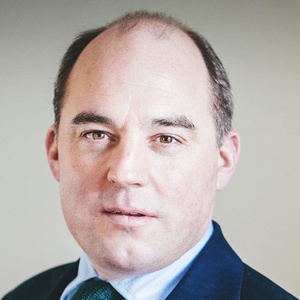 Ben Wallace was the Conservative and Unionist Party candidate in the constituency of Wyre and Preston North in the UK Parliament elections. They were elected with 31,589 votes. Our volunteers have been adding information on Ben Wallace - here's everything we know so far!

Robert Ben Lobban Wallace is a British politician serving as Secretary of State for Defence since 24 July 2019. He previously was the UK’s longest-serving Minister of State for Security and Economic Crime from 2016 to 2019. A member of the Conservative Party, he has been the Member of Parliament (MP) for Wyre and Preston North in Lancashire since the 2010 United Kingdom general election. Wallace was first elected as the MP for Lancaster and Wyre in the 2005 United Kingdom general election, having previously served as a Captain in the Scots Guards regiment of the British Army, and as a Member of the Scottish Parliament (MSP) for North East Scotland.

Thousands of voters will rely on this site. If you can add information that should be on this page - such as Ben Wallace's CV, statement to voters - please use our crowdsourcing website to add it.

You can also email Ben Wallace directly to ask them to add information to this page.

If you've received election leaflets from Ben Wallace, please take a photo of them and upload them to ElectionLeaflets.org