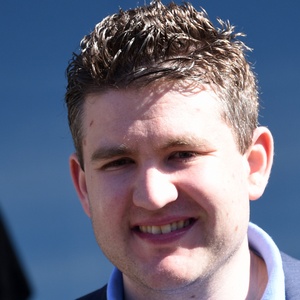 Mr. O’Carroll is a local businessman and campaigner who lives in the St Helen’s area of Swansea. He moved to Swansea in 2014 to work for commercial services at Swansea University, having previously run his own successful hospitality business in Mid Wales. He is also a serving Army reservist with 3rd Battalion the Royal Welsh, B Company, based in Morfa. He enjoys running and outdoor fitness; making the most of Swansea’s parks, Swansea Bay promenade and Swansea beach.

He has a first class honours degree in International history and Politics from the University of Leeds and amongst his other accomplishments he was a Silver Medallist in the Infantry Alpine Ski Championships this year. He fought Uplands for the Liberal Democrats in the recent local council election

Commenting on his selection, Mike said that there is everything to play for in Swansea West:

“The Liberal Democrats did very well in Swansea West in 2010, coming within a hairs-breath of winning it. With our recent surge in membership and an excellent record in local by-elections across the UK I believe that the party is starting to recover and can be competitive again on June 8th.

“We will be helped by the fact that Swansea West is very much a constituency with a majority of remain voters. The Liberal Democrats clear message of fighting to keep the UK in the single market and giving people a final say on whatever deal is struck with Europe is going down well with many voters here. We are now the only responsible and effective opposition to the Tories.”

This statement was added by Michael Ely O'Carroll, their team, or by a Democracy Club volunteer, based on information published by the candidate elsewhere.

You can meet candidates and question them at local hustings. Here are hustings where Michael Ely O'Carroll may be appearing.

If you can add information that should be on this page - such as Michael Ely O'Carroll's CV - please use our crowdsourcing website to add it.