William Hague was a Conservative and Unionist Party candidate in Richmond (Yorks) constituency in the UK Parliament elections. They were elected with 33,541 votes. 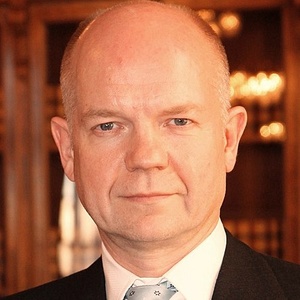 William Jefferson Hague, Baron Hague of Richmond, is a British Conservative politician and life peer who served as Leader of the Conservative Party and Leader of the Opposition from 1997 to 2001. He was the Member of Parliament (MP) for Richmond (Yorks) in North Yorkshire from 1989 to 2015. He served in the Cameron government as First Secretary of State from 2010 to 2015, Secretary of State for Foreign and Commonwealth Affairs from 2010 to 2014, and Leader of the House of Commons from 2014 to 2015.

We don't know William Hague's email address.
Can you add it?