Michael Gove was a Conservative and Unionist Party candidate in Surrey Heath constituency in the UK Parliament elections. They were elected with 34,358 votes. 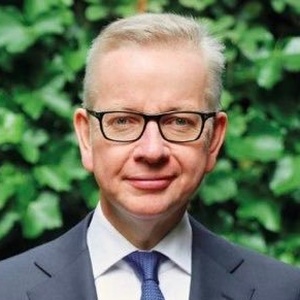 Michael Andrew Gove is a British politician and writer serving as Chancellor of the Duchy of Lancaster since 2019 and Minister for the Cabinet Office since 2020. He has been Member of Parliament (MP) for Surrey Heath since 2005. A member of the Conservative Party, he served as Education Secretary from 2010 to 2014, Chief Whip from 2014 to 2015, Justice Secretary from 2015 to 2016 and Environment Secretary from 2017 to 2019. He has twice run to become Leader of the Conservative Party, in 2016 and 2019, finishing in third place on both occasions.