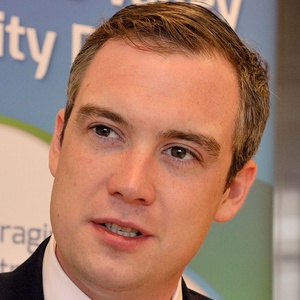 James Wharton was the Conservative and Unionist Party candidate in Stockton South in the 2017 General Election. Our volunteers have been adding information on James Wharton - here's everything we know so far!

After this election our Prime Minister will be Theresa May or Jeremy Corbyn. There is an important job to do.

The Prime Minister will lead Brexit negotiations, which will determine our place in the world for a generation. They must be someone with the experience and ability to take us forward in uncertain times. Theresa May is the right person and she has my support.

We will also choose our own local MPs. I am supporting Theresa May, just as a vote for the Labour candidate is a vote for Jeremy Corbyn. I want to continue my work as Stockton South’s MP; securing investment in local schools, health and giving our community a voice in Westminster.

I have previously secured funding to rebuild local schools like Ian Ramsey and Grangefield, as well as a new school for Ingleby Barwick. Last year, I secured an agreement from the Government to give local schools over £35m more. I want to see that spent where it is needed, including on Egglescliffe and Conyers.

I was born in North Tees Hospital and was proud to stop Labour’s plans to close it. In addition, last year I secured £25m in new investment. I will work to secure £25m more.

I have worked with local councillors, officials and residents and we have seen real change from road improvements in Ingleby Barwick to significant global investment like Hitachi Rail on our doorstep.

There is more to do. I want to work with Theresa May to do it.

This statement was added by James Wharton, their team, or by a Democracy Club volunteer, based on information published by the candidate elsewhere.

James Stephen Wharton is a British Conservative Party politician. He was the Member of Parliament (MP) for his home constituency of Stockton South from the 2010 general election, until the 2017 general election. Wharton was appointed Minister for the Northern Powerhouse after his reelection in 2015 and moved to a ministerial position in the Department for International Development by Theresa May in 2016.

If you can add information that should be on this page - such as James Wharton's CV, twitter account - please use our crowdsourcing website to add it.