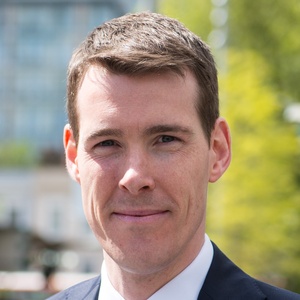 Matthew Pennycook was the Labour Party candidate in Greenwich and Woolwich in the UK Parliament elections. They were elected with 30,185 votes. Our volunteers have been adding information on Matthew Pennycook - here's everything we know so far!

It has been the privilege of my life to have represented the people of Greenwich, Charlton, Woolwich, Blackheath and Plumstead in Parliament for the past two years.
In that short period of time, I have helped over 5,000 residents with advice and support.

I have helped protect and promote local charities, voluntary groups and services which residents depend on and that change lives.

I have fought to defend our local health services. I’ve campaigned for better public transport links across the constituency. I’ve fought tooth and nail for improvements to Southeastern train services and for TfL to take over the franchise in 2018. I've opposed education funding cuts that will have a devastating impact on our local schools.

At a time of unprecedented change to our local area, I’ve fought for sustainable development that benefits local communities, not just overseas investors. I've worked alongside community groups to press for a clean, green Enderby Wharf cruise liner terminal, to oppose plans for a Silvertown Tunnel and to secure an IKEA that actively promotes public transport use.

In Parliament, I’ve fought against the closure of Woolwich barracks. I forced the Government to change the law to levy bigger fines on rogue landlords. I’ve championed the environment and ambitious measures to clean up our toxic air. I have been a strong advocate for renewable energy and a more rapid transition to a green economy.

At stake in this election is the type of country we want to be. The majority of local residents, including me, did not vote to leave the EU — but the British public did and I accept the close but clear referendum result. However, I reject the extreme and damaging hard Brexit that the Tories are pursuing and I will vote against any deal that does not deliver for the people of this country.

More than ever, residents need a local representative in Parliament to defend and champion their interests. I know the challenges our communities face and am already engaged in addressing them. If re-elected, I will continue to be a local champion and a strong voice for the people of Greenwich and Woolwich in Westminster.

This statement was added by Matthew Pennycook, their team, or by a Democracy Club volunteer, based on information published by the candidate elsewhere.

Matthew Thomas Pennycook is a British Labour Party politician. He has been the Member of Parliament (MP) for Greenwich and Woolwich since May 2015.