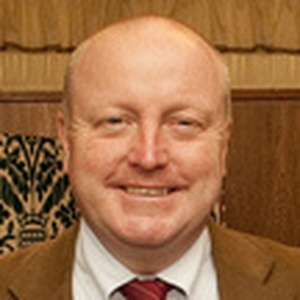 Stephen Hepburn was the Labour Party candidate in the constituency of Jarrow in the 2017 General Election. They were elected with 28,020 votes. Our volunteers have been adding information on Stephen Hepburn - here's everything we know so far!

I’m ambitious for Great Britain and invite you to join me and the Labour Party in building a better, fairer country.

We share a golden opportunity on June 8 to make this a nation for the many not the few.

Labour understands and champions working people who deserve a Government on their side.

Labour stands up for everybody: grafters, families, young and pensioners.
Labour values are your values, believing hard work must be rewarded and nobody should be left behind in life.

Labour has fully-costed answers to give you and your family the support to enjoy life.

Labour would introduce a £10 an hour minimum living wage to end the scandal of low pay.

Labour would improve schools for all children and help parents by introducing free school meals for primary pupils.

Labour would build one million new homes to buy and rent, including council houses.

Labour would make sure the rail, energy and water industries are owned and run by Great Britain to end the rip-off of passengers and customers.

And Labour would stop the Conservatives stealing winter fuel allowances off pensioners and sending social care costs through the roof.

I find it despicable the Conservatives would seize fuel allowances up to £300 from our elderly who did the right thing and saved for retirement, punished for receiving small occupational pensions.

I find it grotesque the Conservatives would impose huge charges on those who need help to live at home.

I find it outrageous the Conservatives wanted no limit on care costs, plotting a Dementia Tax that would leave even once comfortable pensioners with little to pass on to their children and grandchildren.
So please vote Labour for the many not the few.

This statement was added by Stephen Hepburn, their team, or by a Democracy Club volunteer, based on information published by the candidate elsewhere.

Stephen Hepburn is a British politician, who was the Member of Parliament for Jarrow from 1997 to 2019. Hepburn was a member of the Labour Party until 7 October 2019, when he was suspended from the party following an accusation of sexual harassment. He then sat as an independent and was barred by the party from standing as a Labour candidate.

If you can add information that should be on this page - such as Stephen Hepburn's CV - please use our crowdsourcing website to add it.

If you've received election leaflets from Stephen Hepburn, please take a photo of them and upload them to ElectionLeaflets.org