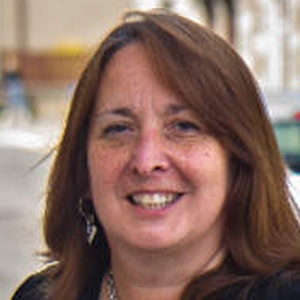 Christine Jardine was the Liberal Democrats candidate in the constituency of Edinburgh West in the UK Parliament elections. They were elected with 21,766 votes. Our volunteers have been adding information on Christine Jardine - here's everything we know so far!

Edinburgh West deserves a MP that will put the local area first.

I will aim to provide a first class service for the constituency just like Alex Cole-Hamilton has done at the Scottish Parliament. The SNP have failed the people of this constituency and now they have a chance to elect someone who will stand up for their interests.

Edinburgh is a city that voted both strongly against independence and for the European Union. The people of Edinburgh West deserve an MP that reflects those views and if elected I will passionately argue to keep Scotland at the heart of the UK and the UK at the heart of Europe.

This statement was added by Christine Jardine, their team, or by a Democracy Club volunteer, based on information published by the candidate elsewhere.

Christine Anne Jardine is a Scottish Liberal Democrat politician serving as Liberal Democrat Home Affairs spokesperson since 2019. She was elected as the Member of Parliament (MP) for Edinburgh West in 2017.

If you can add information that should be on this page - such as Christine Jardine's CV - please use our crowdsourcing website to add it.

If you've received election leaflets from Christine Jardine, please take a photo of them and upload them to ElectionLeaflets.org