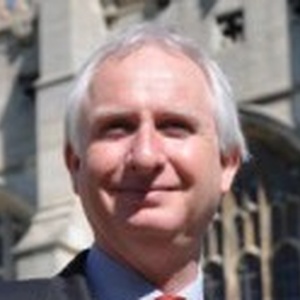 Daniel Zeichner was the Labour Party candidate in Cambridge in the UK Parliament elections. Our volunteers have been adding information on Daniel Zeichner - here's everything we know so far!

As MP Daniel has been a leading voice against privatisation of local health services, he's also been instrumental in securing laws to take back control of our local bus services. Daniel is passionate about social justice and is a recognised Living Wage Foundation Parliamentary Champion.

Daniel is a keen environmentalist and is an executive member of Labour’s national environmental campaigning group making the case for a shift to a greener tax policy. He's also a bee fan - he is passionate about saving the Ruderal bumblebee and is buzzing with enthusiasm to stop bee killing pesticides!

As a constitutional reformer Daniel runs a Labour group campaigning to reform the House of Lords. Daniel is also a patron of the Westminster Higher Education Forum, which aims to raise the quality of debate on public policy.

This statement was added by Daniel Zeichner, their team, or by a Democracy Club volunteer, based on information published by the candidate elsewhere.

Daniel Stephen Zeichner is a British politician serving as the Member of Parliament (MP) for Cambridge since 2015. A member of the Labour Party, he defeated Liberal Democrat Julian Huppert before retaining his seat in the 2017 and 2019 general elections. Prior to his parliamentary career, Zeichner was a councillor for eight years.

You can meet candidates and question them at local hustings. Here are hustings where Daniel Zeichner may be appearing.