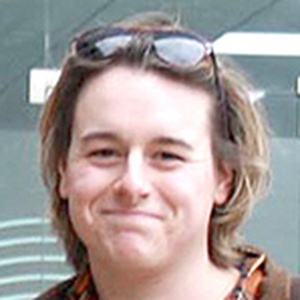 Born and raised in Ipswich, Suffolk, I have lived in Southend since 2009.

I believe that Southend is in desperate need of a Green revolution. Southend could very easily be transformed into a modern, renewable metropolis, and could lead by example as to how to operate a sustainable city of the future.

I have been a member of the local party since 2015, and have been campaigning on local green issues ever since.

I was elected onto the Committee in September 2017 as the Press Officer, Communications Officer, and Young Greens Officer, and I was recently elected to the National Green Party LGBTIQA+ Committee as a Non-Portfolio Officer.

I have been involved in Student Politics since 2014 when I was elected to the South Essex College Student Union as the first-ever Higher Education LGBT+ Officer.
In this role, I implemented wide-reaching Equality & Diversity policies, staff and student training schemes, and assisted in the complete overhaul of the Union’s constitution.

I also represented South Essex at the National Union of Students Conferences in 2015 and 2016.

I regularly attend Green Action Beach & Park Cleans and am often found at demonstrations around the county.

I am a strong and vocal supporter of the Campaign for Nuclear Disarmament and I am one of the team responsible for the Estuary Fringe Festival, Southend's most-loved dysfunctional open-door Arts Festival.

This statement was added by James Vessey-Miller, their team, or by a Democracy Club volunteer, based on information published by the candidate elsewhere.