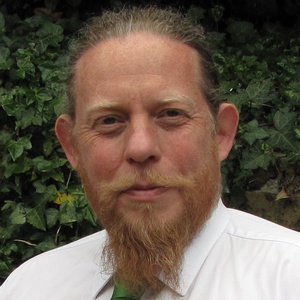 Peter Underwood was the Green Party candidate in Croydon and Sutton in the Greater London Assembly elections (Constituencies). Our volunteers have been adding information on Peter Underwood - here's everything we know so far!

Peter has lived in Croydon for nearly twenty years and currently works for a charity supporting community groups to look after our precious parks and woodlands. Peter is also a longstanding member of his local residents’ association and chair of Croydon Friends of the Earth.
Peter has worked in both the Westminster and European Parliaments, so he understands how to make things happen at a local, national and international level.
Peter Underwood is working to put trust back into politics. Having worked with politicians from the other parties Peter recognised that the Green Party were the ones putting forward a different kind of politics. Peter wants to put more power back into people’s hands to create a truly democratic society that works for the good of all of us.
Peter said:
"As a Green Party candidate in this election I am offering people a positive choice for their future. At this election every vote for the Green Party is a vote to
- Tackle the Climate Emergency: We are the only party who will act with the speed and the commitment to deal with the crisis facing us. We will invest in our future through a Green New Deal that will create sustainable jobs; insulate homes to make them healthier and cheaper to run; and introduce transport policies that will keep the country moving without poisoning the air we breathe.
- Stop Brexit through a Peoples Vote: We believe that we are better off in the EU and we will campaign to remain but more importantly we believe that the future of our country should be decided democratically, not just by one party forcing through their ideas. A vote for the Greens puts the future back in your hands
- Change our country for the better: Whether it is restoring our public services; creating a benefit system fit for the modern world; introducing a fairer election system; protecting and defending our rights; or building a better future for ourselves and our children – you know that the Green Party are on your side.

This statement was added by Peter Underwood, their team, or by a Democracy Club volunteer, based on information published by the candidate elsewhere.

If you can add information that should be on this page - such as Peter Underwood's CV - please use our crowdsourcing website to add it.

If you've received election leaflets from Peter Underwood, please take a photo of them and upload them to ElectionLeaflets.org