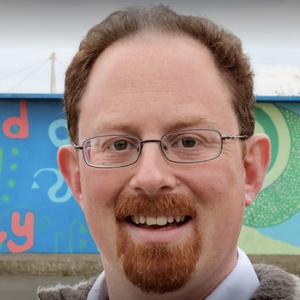 Julian Huppert was the Liberal Democrats candidate in Cambridge in the 2017 General Election. Our volunteers have been adding information on Julian Huppert - here's everything we know so far!

Julian was the MP for Cambridge from 2010-2015. He grew up in Cambridge, going to school and university there, and continues to live and work in the city. As the MP, he championed the city and its values, securing significant amounts of government funding for Cambridgeshire schools, for our NHS, and to improve transport provision and reduce congestion.

Nationally, he was the Lib Dem spokesperson on Transport, and then on Home Affairs, Justice, and Equalities. He Chaired the All-Party Parliamentary Group on Refugees, and as Co-Chair of the Parliamentary Cycling Group, he led the inquiry ‘Get Britain Cycling’. He was key in defeating the 2012 version of the so-called Snooper’s Charter, for which he was made the ISPA ‘Internet Hero of the Year’ 2013. He won numerous other awards, including the prestigious title of ‘Parliamentary Beard of the Year’, beating Jeremy Corbyn.

He trained as a scientist, working on unusual DNA structures, and their role in controlling cancer. Since narrowly losing his seat in 2015, he has returned to the University of Cambridge, where he currently works on science and technology policy, and how to use evidence to make sensible decisions in public policy. He also serves on his local NHS Clinical Commissioning Group.

This statement was added by Julian Huppert, their team, or by a Democracy Club volunteer, based on information published by the candidate elsewhere.

Julian Leon Huppert is a Liberal Democrat politician in the United Kingdom and former Member of Parliament for Cambridge from 2010 to 2015.