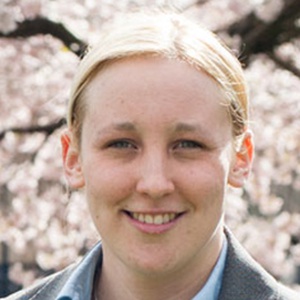 Mhairi Black was the Scottish National Party (SNP) candidate in Paisley and Renfrewshire South in the UK Parliament elections. They were elected with 21,637 votes. Our volunteers have been adding information on Mhairi Black - here's everything we know so far!

Mhairi was elected as the Member of Parliament for Paisley & Renfrewshire South in May 2015, when she beat the Labour Shadow Foreign Secretary, Douglas Alexander.

At the time of her election, she had not yet completed her undergraduate degree, with a final exam on Scottish politics still to be undertaken. She successfully graduated with a first class honours degree in Politics and Public Policy from the University of Glasgow.

Mhairi made her maiden speech on 14 July 2015 and this included some criticism of the government’s approach to unemployment in her constituency and the growing need for food banks. She said, “Food banks are not part of the welfare state. They are a symbol that the welfare state is failing.” Black also criticised the government over cuts to housing benefit. Her speech was praised by SNP Parliamentary Group Leader, Angus Robertson, who described it as outstanding, principled and passionate. Within five days of her giving this speech, it had been viewed over 10 million times on various media.

Mhairi is a longstanding critic of Westminster. Two months after her election, she commented that the practice of making MPs vote in person, instead of electronically, was “outdated and wasted time”. In an 2016 interview with Owen Jones, Black labelled Westminster as an “old boy’s club” and “so excluded from reality”, while expressing concern about the arrogance and sexism from other MPs.

This statement was added by Mhairi Black, their team, or by a Democracy Club volunteer, based on information published by the candidate elsewhere.

Mhairi Black is a Scottish politician. Black is a member of the Scottish National Party (SNP). She has been the Member of Parliament (MP) for Paisley and Renfrewshire South since 2015, when she defeated Labour's Shadow Foreign Secretary Douglas Alexander. She was re-elected in 2017 and again in 2019.

You can meet candidates and question them at local hustings. Here are hustings where Mhairi Black may be appearing.

If you can add information that should be on this page - such as Mhairi Black's CV - please use our crowdsourcing website to add it.