Albert Owen was a Labour Party candidate in Ynys Môn constituency in the 2017 General Election. They were elected with 15,643 votes. 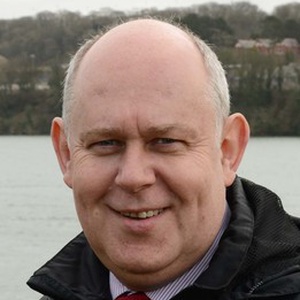 Albert Owen is a Welsh Labour Party politician who served as Member of Parliament (MP) for Ynys Môn from 2001 to 2019. He took the seat in the 2001 election from Plaid Cymru with a margin of exactly eight hundred votes and retained the seat at the four subsequent general elections. During his time in Parliament, he was a member of the Business, Energy and Industrial Strategy Select Committee, Welsh Affairs Select Committee and the International Development Committee. He was also a member of the Speaker's Panel of Chairs and vice-chair of the all-party parliamentary group on cancer.